Delta Air Lines has become the first Airbus A350 operator in North America, taking delivery of its first of the type today. 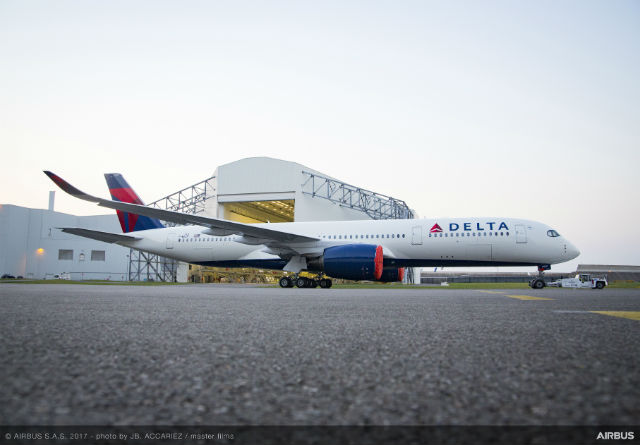 The aircraft is configured with 306 seats and will debut on flights from Delta's Detroit hub to Tokyo Narita on 30 October, Seoul Incheon on 18 November and Beijing on 17 January 2018.

The A350 will replace the airline's last remaining Boeing 747-400s, which are scheduled for retirement by the fourth quarter.

American Airlines and United Airlines are the only other North American carriers with orders for the A350. The former plans to take its first of 22 A350-900s in 2020, after deferring them by at least two years in April, and the latter is scheduled to take its first of 35 A350-1000s in 2018 but is reviewing the order and could defer or cancel it.

LATAM Airlines Group was the first operator of the A350 in the Americas.