Airbus has made a strong start to 2020 in terms of order activity, recording gross bookings for nearly 300 aircraft in the first month of the year.

It also recorded 100 A320neo-family aircraft from budget carrier Spirit Airlines, an agreement which has given the slow-selling A319neo a particular lift. Spirit’s agreement includes 47 of the smallest variant of the re-engined family.

Both orders were originally disclosed last year but have only newly been firmed.

Air France has confirmed its agreement for another 10 A350-900s. Air Senegal’s order for eight A220s has been included in the January activity as well as deals for 75 A320-family aircraft from lessors CALC, BOC Aviation and Philippine operator Cebu Pacific.

It also delivered 31 aircraft in January, comprising two A350s, an A330 and 28 single-aisle aircraft including two A220s. 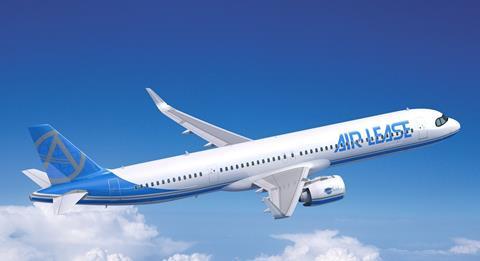 Air Lease signed for 103 aircraft including the A321XLR