Norwegian took delivery of its first two Boeing 737 Max 8s today, with the aircraft due to enter service on transatlantic flights in July.

"Today is an incredible milestone for us," says Bjorn Kjos, chief executive of the Oslo-based carrier, at the delivery ceremony of its first Max. "The Max 8 opens the door to a totally new concept for us." 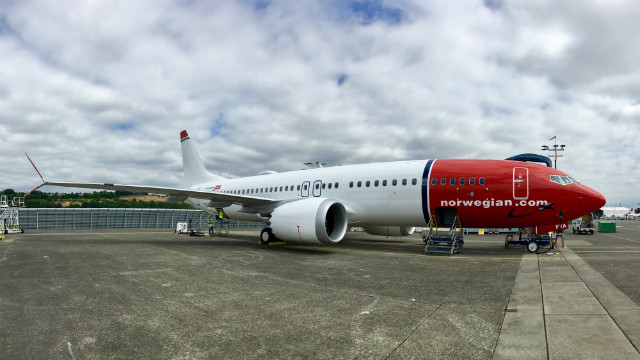 The aircraft (MSNs 42826 and 42830) are equipped with CFM International Leap-1B engines. They will be operated by Norwegian's Irish subsidiary Norwegian Air International. 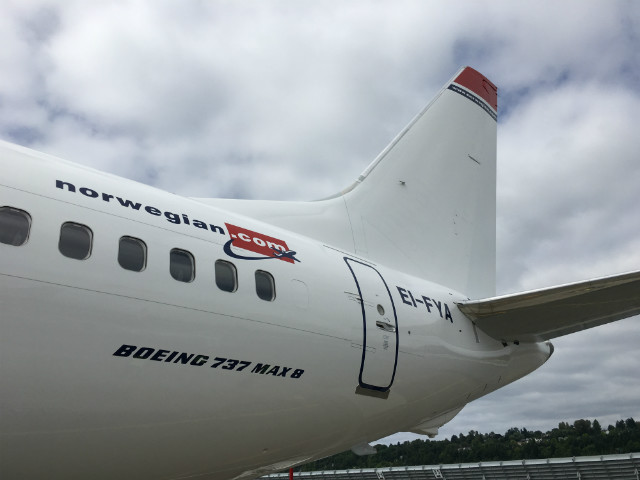 The 737s are the fifth and sixth Max deliveries by Boeing since Malindo Air took the first aircraft in May.

Norwegian takes its first 737 Max after a nearly month-long wait. The delay was due to the previously-reported flaws in the low-pressure turbine rotor disc in some of the Leap-1B engines, says Kjos.

The airline will put the 737 Max 8's 3,515nm range to the test. It plans to debut the aircraft on transatlantic flights in July, potentially ushering in a new era of long-haul narrowbody flying.

The aircraft will operate flights to Hartford, Newburgh Stewart and Providence from six points in Western Europe. Service to the three US cities from Edinburgh began in June with capacity-restricted 737-800s and will shift to the Max next month, while flights from the remaining five European gateways – Belfast, Bergen, Cork, Dublin and Shannon – begin in July.

"When we get the Max, when we can fly it full and you don't have any problems with the length of the runways… it's going to be very interesting because you can fly it on very low fares," says Kjos on the new routes. "The Max is a very cost-effective airplane."

Norwegian offered introductory $65 one-way fares on the transatlantic Max flights when they announced them in February.

No other airlines with 737 Max orders have yet to announce long-haul routes for the aircraft. Malindo placed its first 737 Max in service on the short Kuala Lumpur-Singapore segment on 22 May and its parent Lion Air plans to use the aircraft on flights to China from Indonesia later this year.

However, if Norwegian's long-haul 737 experiment succeeds, other carriers will undoubtedly follow with their own long-haul services.

Norwegian is already looking at potential additional 737 Max destinations, with Kjos saying "they will come". In addition to routes to the USA, the aircraft could fly to India from Scandinavia, he says.