Copa Airlines will reveal its new Boeing 737 Max 9 at a launch ceremony on 18 September, having taken delivery of its first aircraft at the end of August. The aircraft will make its service debut from Panama City to San Francisco two days later on 20 September. 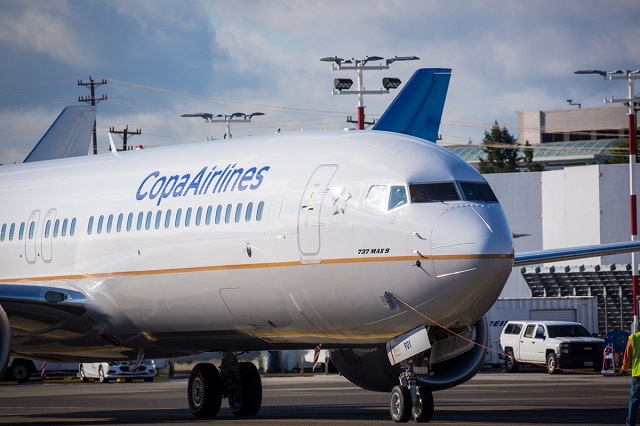 Copa is the third airline to receive the latest and largest 737 variant in production, after Thai Lion Air and United Airlines. Using the hashtag #CopaalMAXimo, the airline has indicated on social media that the new Boeing will be unveiled on 18 September. The airline's chief executive Pedro Heilbron has previously told FlightGlobal that the Max 9 will initially operate the airline's longest routes from its Panama City Tocumen base, with San Francisco the first destination. Other points to be served by the Max 9 will include Sao Paulo and Buenos Aires and Montevideo.