Delta Air Lines' first Airbus A350-900 made its maiden sortie today, flying for 5h 37min off the coast of France. 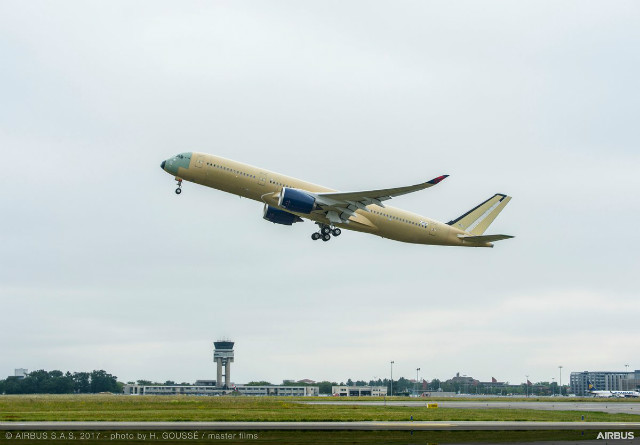 The aircraft (MSN 115 and registration N501DN) took off from Toulouse at 10:24 local time and returned to the airport at 16:01 local time, FlightRadar24 data shows.

Delta plans to take delivery of the A350 in July with it scheduled to enter revenue service in October, executives have said.

The Atlanta-based carrier will be the first US carrier to operate the A350, with American Airlines not taking its first of the type until 2020 and United Airlines evaluating whether to keep its order for A350-1000s.

Delta will use the A350 to replace its last six Boeing 747-400s on flights to Asia. The aircraft will initially be based at its Detroit hub.

The airline will configure its A350s with 306 seats, including 32 in business, 48 in premium economy and 226 in economy.