Skymark Airlines' first Airbus A380 aircraft has performed its maiden flight, after the completion of airframe assembly and system tests.

The widebody aircraft will now enter next the phase of production, where it will complete cabin installation and painting in Hamburg, says Airbus. 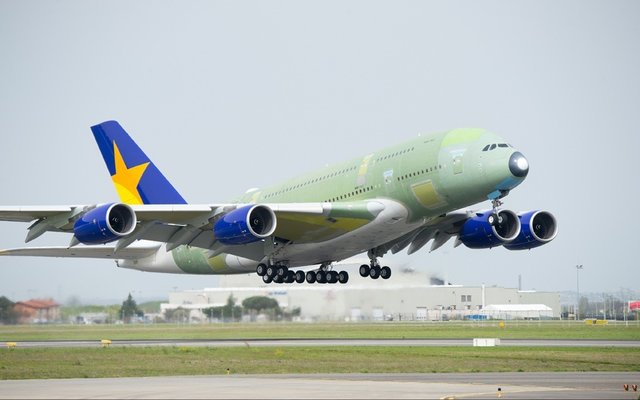 Japan’s first operator of the A380 plans to deploy the aircraft on international services from Tokyo Narita to destinations in the United States. The first of six A380s it has on order will be delivered later this year, the airframer adds.