Utah-based SkyWest Airlines will debut the first of 15 Embraer 175s on 1 July, as it confirms plans to replace older regional jets with the 76-seat model. 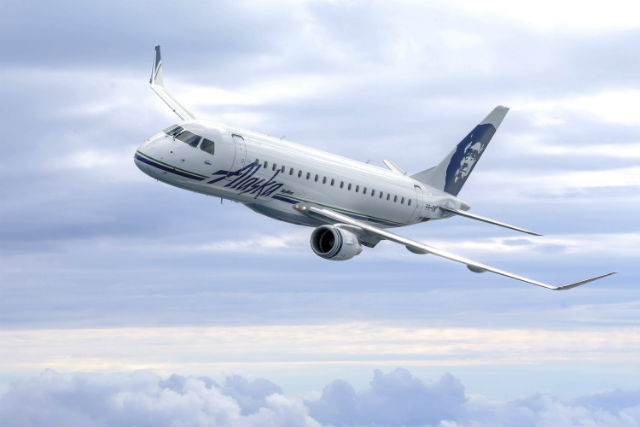 In addition, SkyWest confirms plans to replace eight 70-seat Bombardier CRJ700s with eight E175s in 2016, which was first reported by Flightglobal at the beginning of June.

“We're pleased to enhance our Alaska Airlines partnership with these new aircraft," says Chip Childs, president of SkyWest Inc, in a statement. "We look forward to continually improving the product we provide to our partner and their customers with eight additional E175 aircraft next year."

Alaska’s E175s are configured with 12 first class and 64 economy seats.

Brad Tilden, chief executive of Alaska, told Flightglobal at the beginning of June that the additional aircraft will be used for longer, thin routes that cannot support a Boeing 737 aircraft.

“I think Portland will see a fair bit of the Embraer 175,” he said, referring to the airline’s secondary hub in the Oregon city.

Alaska committed to seven E175s with SkyWest in November 2014.