PICTURES: Asiana joins the A380 club

South Korean carrier Asiana Airlines has received its first Airbus A380 aircraft at a ceremony in Toulouse.

Asiana's A380s are configured with 495 seats across three classes on the upper and lower decks: 12 first, 66 business and 417 economy class seats.

The airline’s first class features suites on the lower deck, with a personal seat pitch of 211cm and a 32in (81.3cm) personal inflight entertainment (IFE) screen. The full-flat seats in business class are in a 1-2-1 staggered layout for easier aisle access. A bar and lounge are available on the front section of the business class, which is located on the upper deck.

Economy class seats have a 11.1in IFE screen, and slimmer seats that allow up to 34in of legroom. Economy class is divided between the upper and lower decks. 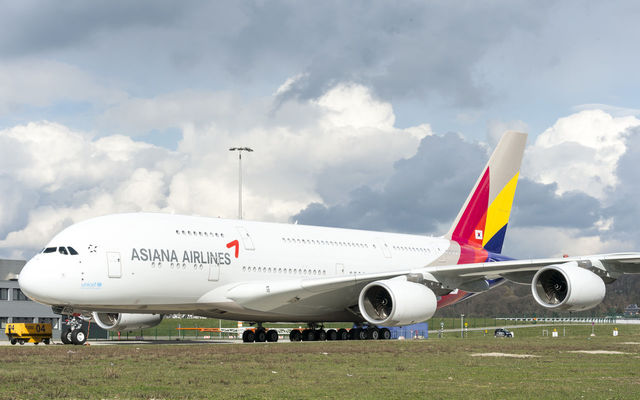 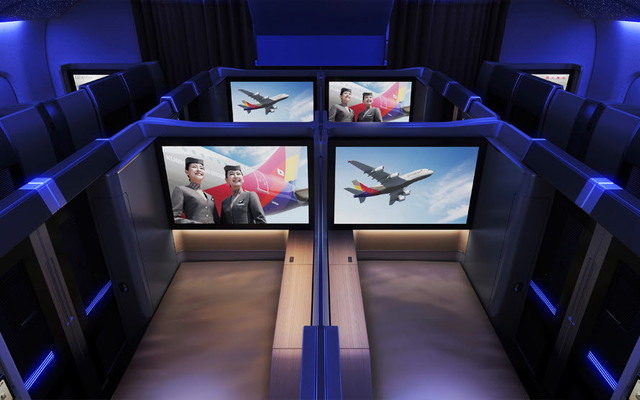 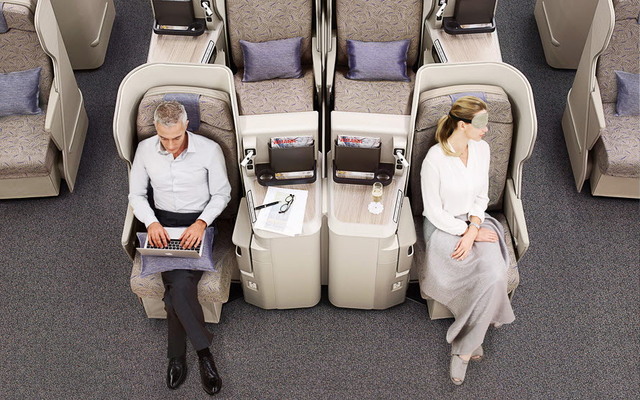 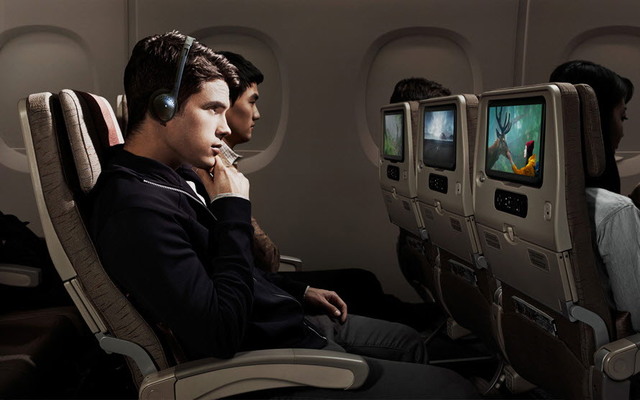 Starting 13 June, Asiana will deploy the aircraft on select regional destinations such as Tokyo, Osaka, Hong Kong and Bangkok for several weeks, before operating it on the daily Seoul Incheon-Los Angeles route from 15 August.