Qantas has taken delivery of its first Boeing 787-9 at a ceremony held at Boeing’s delivery centre in Everett.

Named ‘Great Southern Land’, the aircraft, registered VH-ZNA, will ferry to the airline’s main base at Sydney airport, arriving on 20 October. 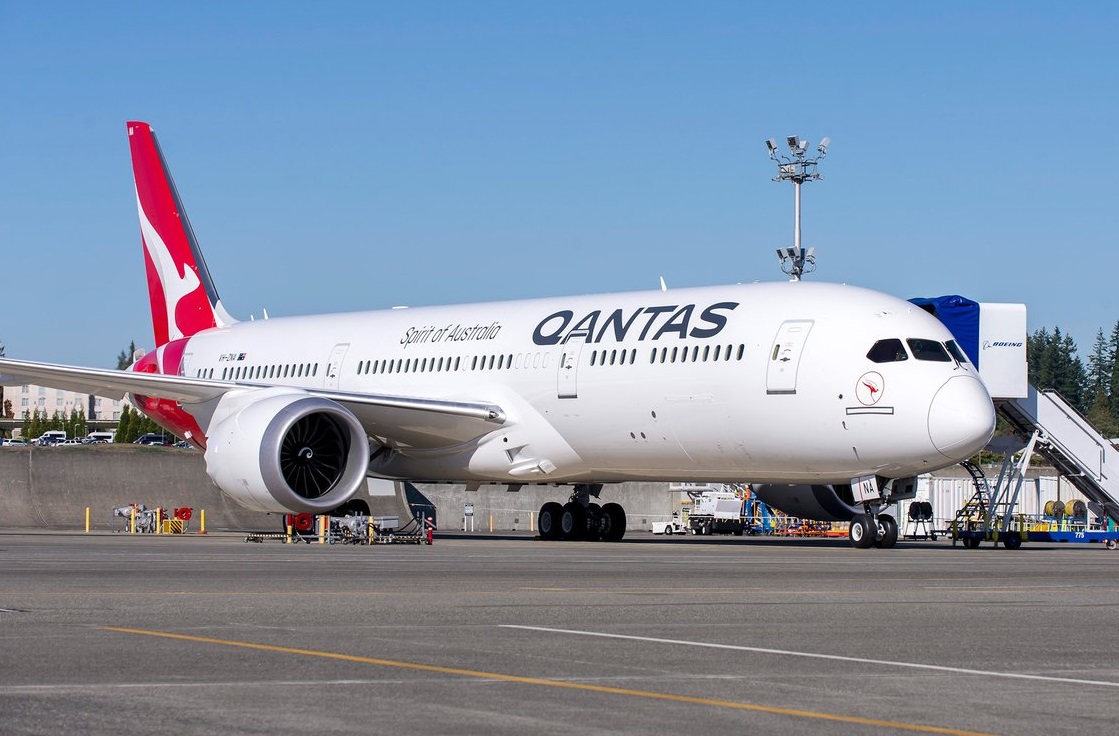 “Taking delivery of a new type of aircraft is always an important milestone for an airline and the 787 is a game-changer,” says Qantas chief executive Alan Joyce. “From the distance it’s able to fly, to the attention to detail we’ve put into the cabin design, it will reshape what people come to expect from international travel.”

Qantas will take delivery of eight 787s by the end of 2018, half of which will be based in Melbourne. They will fly on the Melbourne-Los Angeles route from 15 December, and the Melbourne-Perth-London service that will commence in March 2018. The other four aircraft will be based in Brisbane, taking over operations of the Brisbane-Los Angeles-New York route, and Qantas has flagged that it will also launch a new route from there. 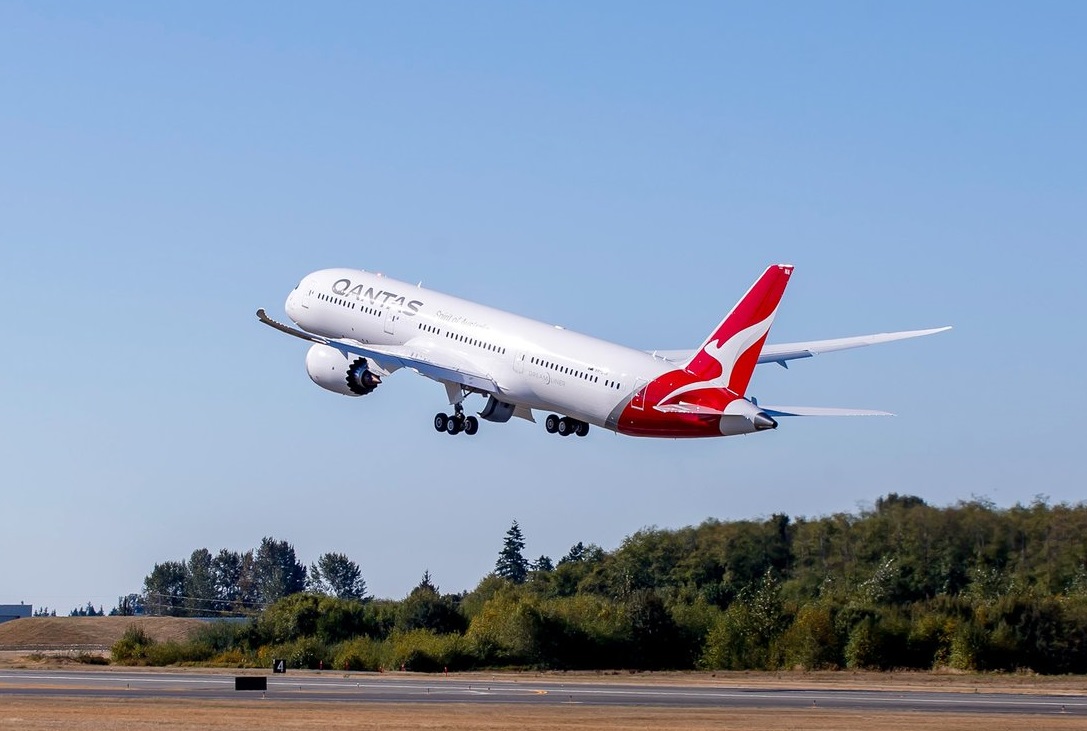 Joyce has indicated that the airline will exercise some of its 787 options, some of which are tentatively allocated to aircraft that could be delivered in 2019 and 2022.

Speaking to reporters at the delivery event, Joyce said that taking additional 787s could see it launch a nonstop Perth-Paris flight from 2020, but will wait to prove the viability of its nonstop Perth-London services before making a call on ordering more of the jets.