United Airlines has taken delivery of its first Boeing 737 Max 9, marking the stretched Max variant's debut at a US carrier.

The aircraft (MSN 43430) was handed over to the Chicago-based airline at Boeing's Seattle delivery centre today, United says.

The 737-9 is adorned with the special swoosh livery it has on its Boeing 787 fleet, a decision it says was driven by the aircraft's fuel efficiency. 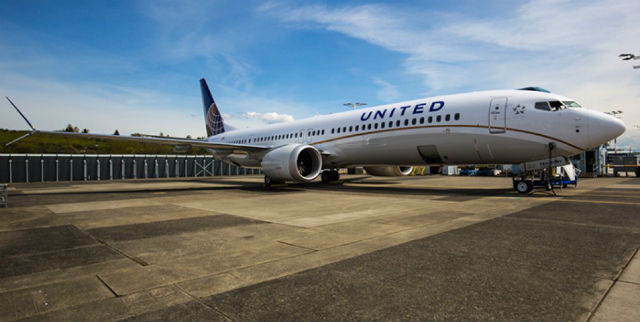 "In honour of this more eco-friendly aircraft, United has given the Max a new livery… so that employees and customers can easily recognise the plane and its superior fuel efficiency," the airline says.

United will debut the 737-9 from its Houston Intercontinental and Los Angeles bases in June. Service is scheduled to begin from to Anchorage, Austin, Fort Laudedale, Orlando and San Diego from the former on 7 June.