One day after the Martin Mars made a splash at Oshkosh, JetBlue Airways made waves by flying in an Airbus A321 only minutes after confirming a new order for 30 of the single-aisle jets. The aircraft nicknamed "BluesMobile" is the first A321 delivered from Airbus' fourth and newest final assembly line for A320 family aircraft in Mobile, Alabama. 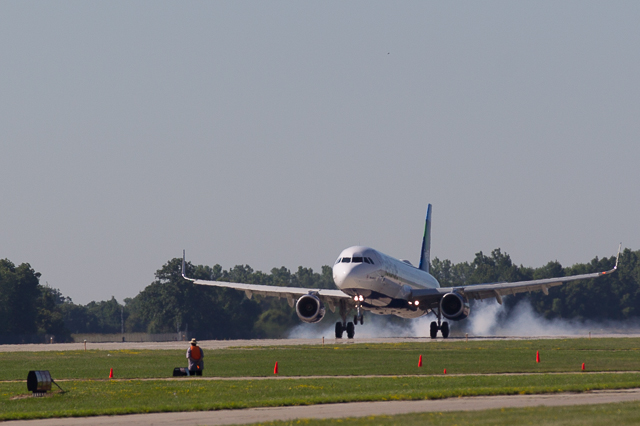 A JetBlue Airways Airbus A321 lands at Oshkosh as the New York City-based airline announces an order for 30 more of the single-aisle jet. 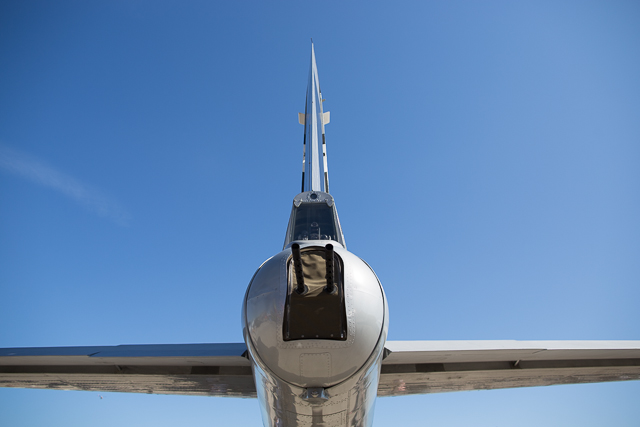 The remotely-operated tail gunner station aboard FIFI, the Boeing B-29 Superfortress, rests in the morning sun. 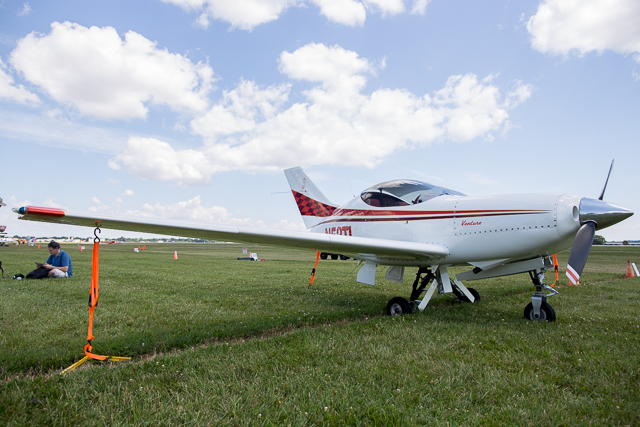 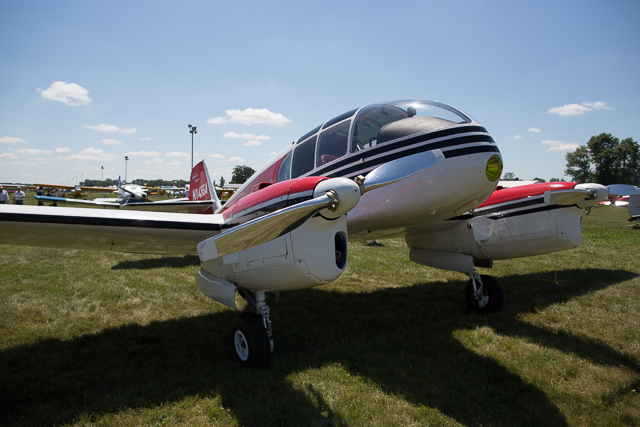 The unusual looking Aero 45S Super Aero makes an appearance at the show. 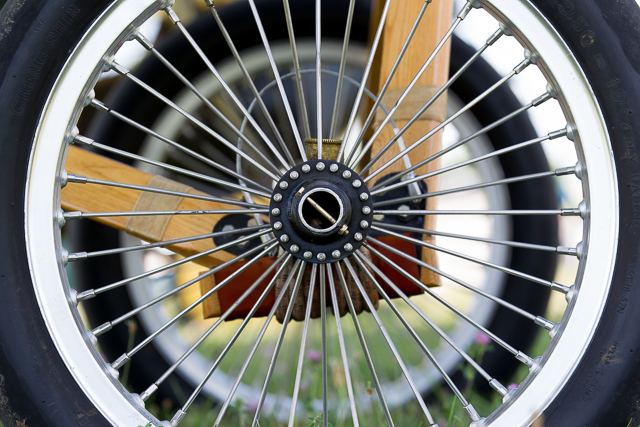 Spokes radiate out from the axle of a Pietenpol Air Camper. 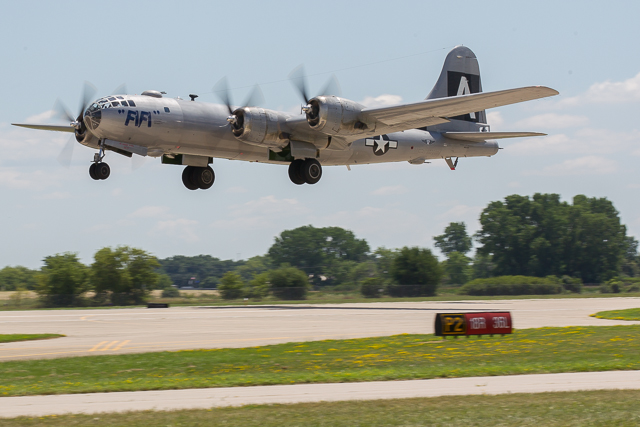 The rare Boeing B-29 Superfortress, named FIFI, departs the airshow to head to nearby Appleton for rides. 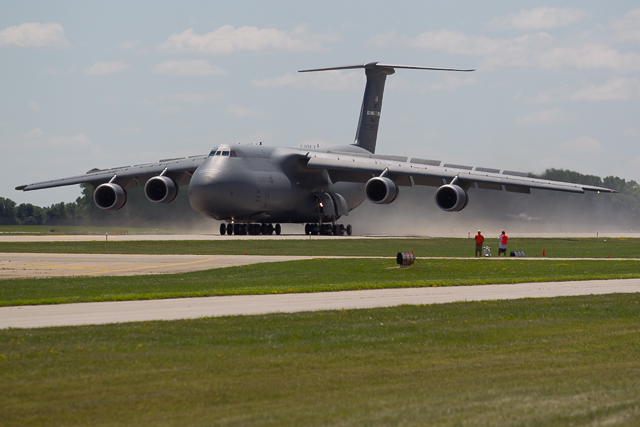 The gigantic C-5 Super Galaxy kicks up a cloud of dust as it arrives for a four-day stint at the show. 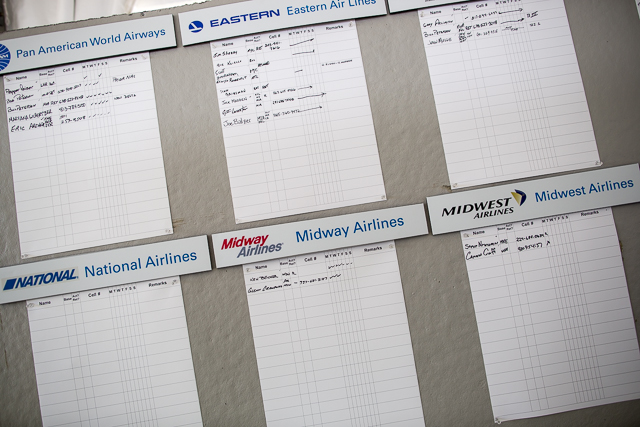 Names of employees, mostly from airlines come and gone, appear on a connections board. 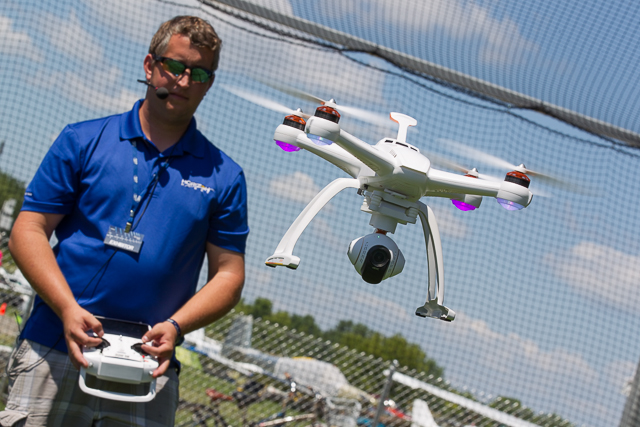 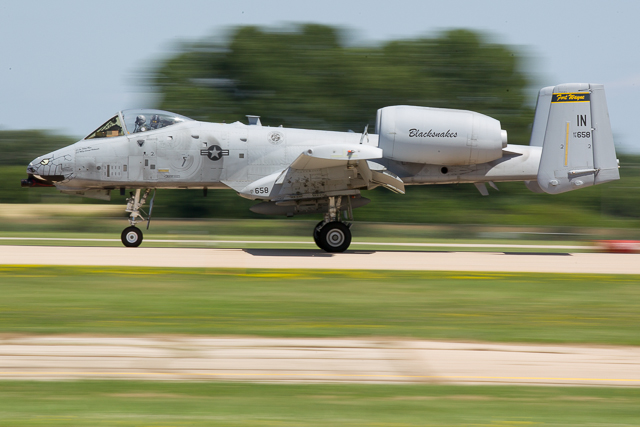 A Fairchild Republic A-10 makes an appearance at the show.