Leonardo has launched a new aircraft self-protection system at the show, with the equipment designed to alert crews to incoming missiles and increase situational awareness. 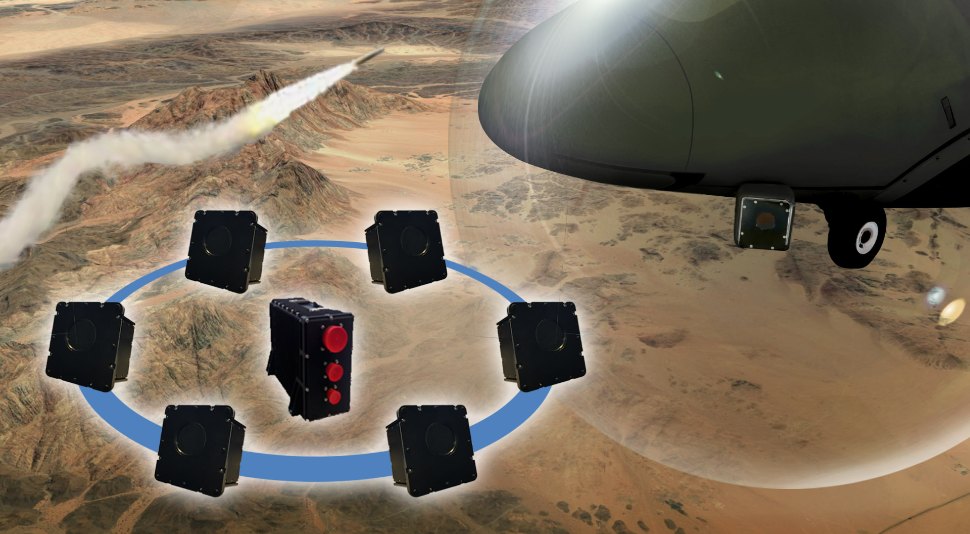 MAIR is capable of detecting, tracking, classifying and declaring whether an incoming missile is a threat, and then cueing the appropriate response, such as releasing flares or a employing directed infrared countermeasures (DIRCM) capability to aid survivability.

Developed at Leonardo’s facility in Nerviano, Italy, MAIR leverages existing technologies, including the Pirate and Skyward infrared search and track systems developed for the Eurofighter Typhoon and Saab Gripen E, respectively. The company says this pull-through is particularly employed when processing raw IR data, with proprietary algorithms used to discriminate between threats and background noise.

Fabrizio Boggiani, senior vice-president of airborne sensors and mission systems, tells FlightGlobal that development work should be complete by the end of this year. Flight trials with a test rotary platform are expected to take place during the summer, and are expected to last around three months.

“Rotorcraft are one market for MAIR, but not the only one,” Boggiani says, adding that the equipment could also be integrated on fixed-wing combat aircraft, and larger platforms such as surveillance and transport assets. It also could be used alongside Leonardo’s Miysis DIRCM as part of a comprehensive defensive aids suite.

Miysis protects platforms from IR-guided missile threats, including man-portable aid-defence systems, by dazzling the weapon’s seeker and directing it away from the protected aircraft.

Leonardo Electronics Division vice-president Tony Innes says Miysis now has three customers, including the Royal Canadian Air Force for its Lockheed Martin CP-140 Aurora Block 4 upgrade, which is being undertaken by prime contractor General Dynamics Mission Dynamics Canada. The others include a Middle Eastern state for use on a VIP transport, and German company Hensoldt.

“Within the next few months we will have a number of other customers,” Innes says.