Saudi Arabian flag-carrier Saudia is committing to 20 of the regional version of the Airbus A330-300, under an agreement which will also include 30 baseline A320s.

The carrier had already been revealed as an initial customer for the new lower-weight A330 variant, which is being aimed at high-density shorter routes.

Airbus has confirmed that Saudia, which already has 12 A330s in its fleet, will be the first operator of the type. The aircraft, which will benefit from technology derived from the A350 and A380, is being developed to serve routes up to 3,000nm with a lower weight of around 200t.

No engine selections have been given but Saudia’s current A330s are all powered by Rolls-Royce Trent 700s while its A320-family fleet is fitted with CFM International CFM56s. 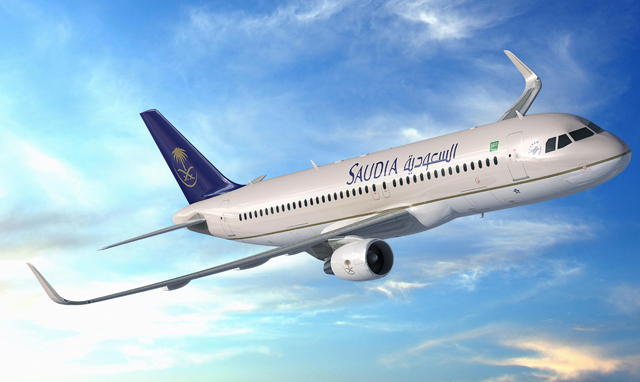 Saudia has not detailed the intended configuration of the regional A330, which is designed to accommodate up to 400 passengers.

But director general Saleh bin Nasser Al-Jasser says that the “unique flexibility” of the aircraft, and its “high capacity”, will allow the airline to expand its domestic and regional network.

Airbus chief operating officer for customers John Leahy says the airframer sees a “significant market opportunity” for the regional version of the twinjet.

No delivery date has been given by either side for the A330s or A320s.

Airbus had expected the regional A330 to enter service in 2015 but, nearly two years since the type’s formal launch, Saudia is the only customer for the aircraft to have emerged.

Saudia’s agreement will give a much-needed lift to A330 production which is already due to undergo a rate cut in the transition period to delivery of the first re-engined A330neo in 2017.