The first Airbus A350-1000, which is now structurally complete in Toulouse, is on course to make its maiden flight by year-end as it moves through the final-assembly process.

Airbus says that while it has not yet set the date for the official roll-out, the first aircraft (MSN059) “is progressing well in the final assembly line” and “first flight is on track to happen by the end of the year”. 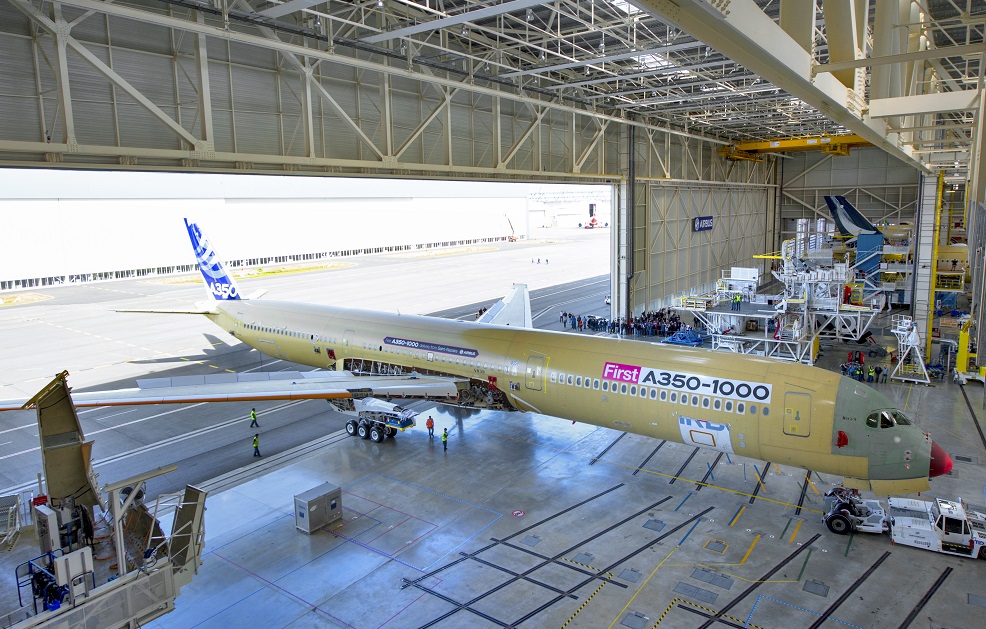 The stretched, 366-seat derivative of the A350-900 is equipped with more-powerful Rolls-Royce Trent XWB-97 engines. One noticeable change evident in the picture is its revised main landing gear, which incorporates six-wheel bogies rather than the four-wheel units on the A350-900.