Airbus has rolled out its first A320neo, fitted with Pratt & Whitney PW1100G engines, at its Toulouse headquarters.

The aircraft, MSN6101, which carries the test registration F-WNEO, is the first assembled example of the re-engined variant.

Airbus has been expecting to fly the aircraft for the first time in September. It will deliver the A320neo in the fourth quarter of 2015.

The aircraft has a reinforced wing, now the build standard on all A320s, and features the fuel-saving sharklet wing-tip.

Airbus has secured over 2,700 firm orders for the re-engined jet which also has the CFM International Leap-1A as a powerplant option. 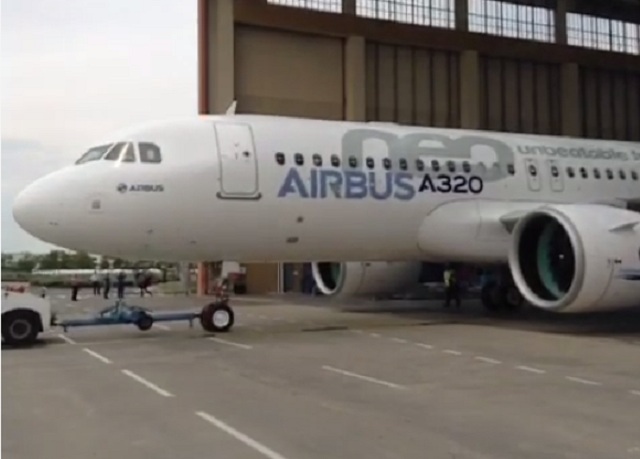