The ARJ21 launch customer tells Flightglobal that since it received the jet, it has been conducting flight tests according to requirements by the Civil Aviation Administration of China. 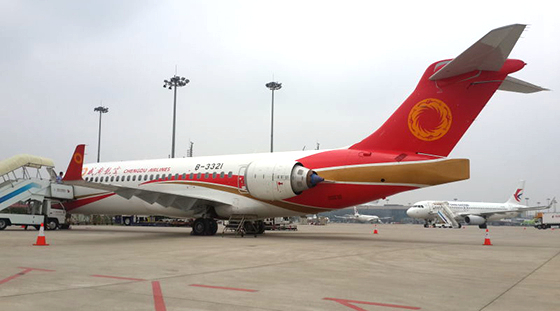 The plan is to deploy the regional jet on the Chengdu-Shanghai Hongqiao route for its first commercial service. The airline adds, however, that the launch date is still subject to changes.

Chengdu Airlines says it is scheduled to take delivery of two more ARJ21s this year. The airline was originally targeting to launch commercial services with the aircraft this February and has been preparing for several years for the integration of the new type to its all-Airbus fleet.

It plans to first enter the ARJ21 into service on short flights to established domestic airports such as Beijing, Xian, Wuhan, Shenzhen and Shanghai, to ensure it can handle safe and reliable operations, as well as to build customer awareness of the indigenous aircraft.

Flightglobal’s Fleets Analyzer database lists Chengdu Airlines as operating a fleet of 18 A320s and three A319s. It has a further 29 ARJ21s on order.