Comac has taken delivery of the first mid fuselage section of the C919, as it prepares to start final assembly work on the first aircraft by the end of the month.

The mid fuselage is the second major C919 structure to be delivered to the Chinese airframer. AVIC Aircraft is the manufacturer of the section and its outer wing box. 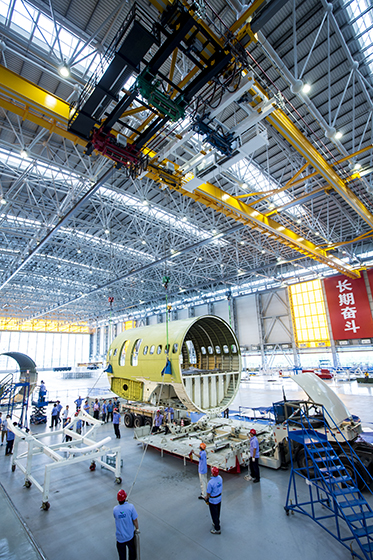 The part is made largely of aluminum-lithium alloy and titanium alloy forgings.

The programme's first major structure to be delivered was the aircraft’s forward fuselage, manufactured by Jiangxi Hongdu Aviation Industry.

Final assembly of the C919 will take place at Comac’s final assembly centre near the Shanghai Pudong International airport.

Comac is working towards an end-2015 first flight target for the C919. The programme has so far garnered 400 commitments, mostly from Chinese airlines and leasing companies.