LAN Airlines has inaugurated its Boeing 787 service from Chilean capital Santiago to Auckland in New Zealand. 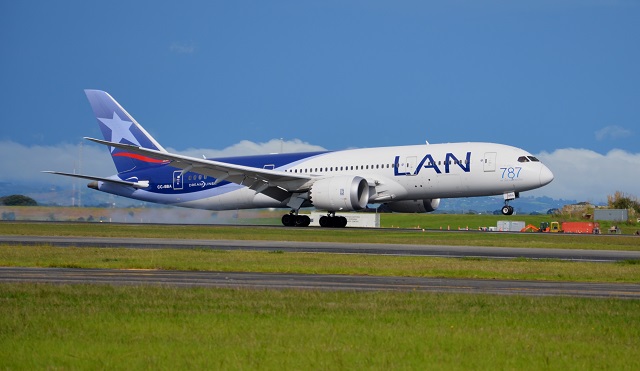 From Auckland, the aircraft proceeded to Sydney in Australia before flying the 5,580nm, 11h 3min journey back to Santiago.

LAN plans to operate a daily service on its Santiago-Auckland-Sydney route.

In May 2014, the US Federal Aviation Administration certificated the 787 for 330min extended operations (ETOPS) – that duration being the upper limit on flight time from the nearest suitable landing strip.

Prior to assigning the Dreamliner, LAN operated its transpacific services with the Airbus A340-400. Later in 2015, the airline will switch from the 787-8 to the -9 on the route.