Kongsberg and Raytheon have carried out a long-range flight test of the Joint Strike Missile (JSM) from a Lockheed Martin F-16, as the developmental weapon continues its qualification campaign.

Carried out from Edwards AFB in California, the test demonstrated safe separation from the aircraft, followed by “challenging flight manoeuvres” over a long range while altering speed and altitude.

Work is under way to qualify the weapon to be released by Norwegian Lockheed F-35s, with an integration and testing campaign expected to be completed in 2018.

The JSM has been designed to fit the internal weapons bays of the conventional take-off and landing F-35A, but fit checks have also taken place on other types including the Boeing F/A-18E/F Super Hornet. 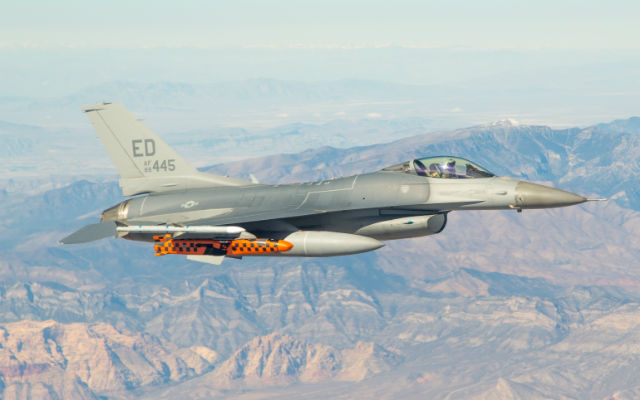 “The [flight] test verified all intended goals, completing another milestone towards full integration on the F-35,” says Eirik Lie, acting president of Kongsberg Defence Systems. “The JSM programme is on track to provide the warfighter a long-range precision strike anti-ship and land attack capability.”

In November 2015, Kongsberg carried out a launch test of the weapon from an F-16 from Edwards AFB, at which time the missile’s qualification date was given as during 2017, in line with the introduction of the F-35 in Norway.

In July 2014 the Norwegian Defence Logistics Organisation signed a contract worth NKr1.1 billion ($126 million) for a Phase III contract to complete the development and integration of JSM on the F-35.