Omani start-up budget carrier SalamAir indicates that it will commence operations with a domestic connection.

SalamAir’s online reservations engine is still being finalised but the carrier says its first flight is “destined” from Salalah to Muscat.

It states that it plans to extend its network to include Gulf Co-operation Council states and other parts of the Middle East.

SalamAir has unveiled its chosen livery to be painted on its Airbus A320 fleet, having previously disclosed that it has opted for the twinjet type.

The scheme, mainly in green and blue shades to reflect Omani landscapes and the sea, includes a bird-like arrowhead logo on the fin which, the carrier says, pays tribute to the sultanate’s “diverse architectural forms”. 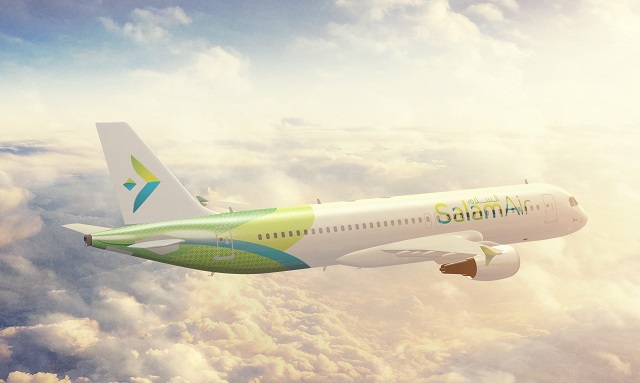 Chairman Khalid Al Yahmade says the identify “epitomises the values of hospitality, confidence and drive towards innovation which are embedded in the culture of Oman”.

The airline will locate ticket desks at both Muscat and Salalah airports.

“SalamAir will take Oman’s burgeoning airline sector to new heights,” says newly-appointed chief executive Francois Bouteiller, adding that the first flight is set to take place by the end of this year.

Omani civil aviation authority PACA says there is a “high demand” for low-cost airline services in the sultanate.

“There are tremendous opportunities for SalamAir to make a significant impact,” says PACA chief Mohammed bin Nasser Al-Zaabi. He says an additional operator in the country will enable “full utilisation” of its airports.

“With its competitive price structure and offers, the airline will encourage residents and companies to travel more often without spending excessively,” adds Al-Zaabi.