It states that the aircraft arrived at Rostov-on-Don airport in the new colour scheme, developed by St Petersburg-based branding specialist Asgard.

Azimuth says the livery is based on "bright colours", with a combination of orange and blue symbolising the sun and the sky, as well as "southern hospitality".

It adds that it is intending to provide "affordable air travel" for residents of southern Russia. The aircraft is being leased from state transport lessor GTLK for a 12-year period.

Azimuth will put the aircraft into operation on domestic routes. It plans to operate a fleet of the PowerJet SaM146-equipped twinjets. 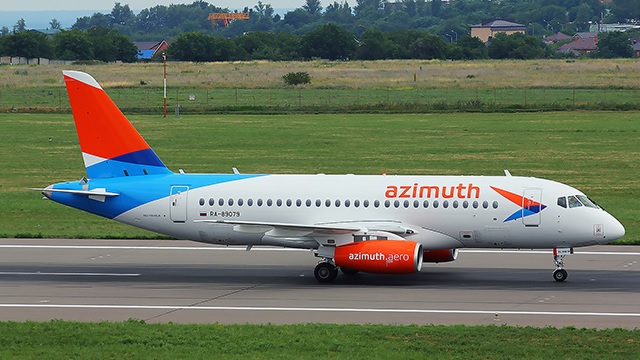