Brazil's TAM has operated its first Airbus A350-900 on revenue service, with a flight from Sao Paulo Guarulhos to Manaus on 25 January.

The A350, registered PR-XTA, was welcomed with a water cannon salute at Manaus. TAM received the aircraft on 18 December 2015.

"Over the coming weeks, our customers will enjoy the unique opportunity to fly aboard the A350 XWB in a domestic route in Brazil. Our employees, especially those working in operating areas, will take the opportunity to get to know the new model better while we operate domestic flights," says TAM's vice-president of operations and maintenance Ruy Amparo. 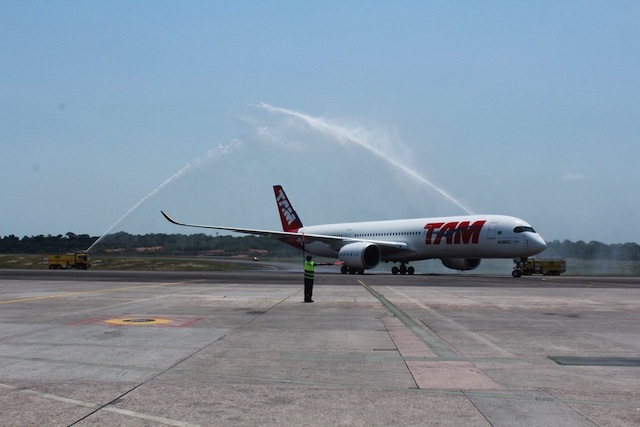 TAM plans to deploy the aircraft to Miami in March, followed by Madrid in April.

The Oneworld carrier will receive its second A350-900 in late February and another five aircraft will be delivered through the rest of 2016.