PICTURES: A350s fly in formation ahead of certification

All five aircraft in the Airbus A350-900 test fleet have taken part in a formation flight, ahead of certification of the type.

Using the callsign ‘Carbon’, the aircraft departed Toulouse’s runway 14R at about 10:30, led by the first cabin-fitted airframe MSN2. 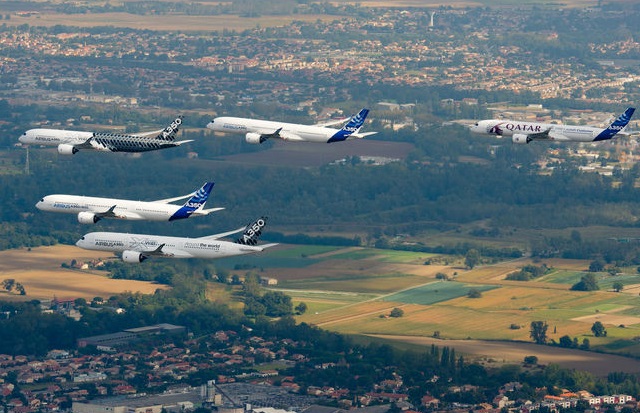 The formation subsequently joined up and performed several east-west flights parallel to the Pyrenees mountain range.

They arrived back at Toulouse after about 2h 30min. 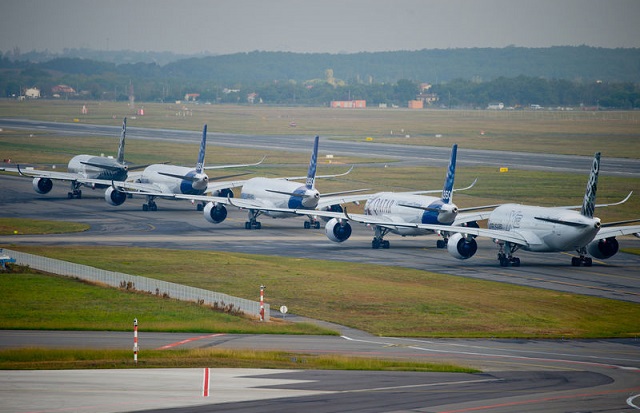 Airbus has been aiming to certificate the A350 in the third quarter of this year. A source familiar with the process states that formal certification will be confirmed on 30 September.

Qatar Airways is the launch customer for the Rolls-Royce Trent XWB-powered A350 and is set to take delivery of its first aircraft by the end of this year.