LATAM Airlines Brazil will be the first South American operator of the Airbus A320neo, as the airframe rolls out at Airbus’ Toulouse facility with engines installed.

The aircraft, powered by Pratt & Whitney PW1100 engines, will now undergo the installation of cabin interiors as well as ground and flight testing. 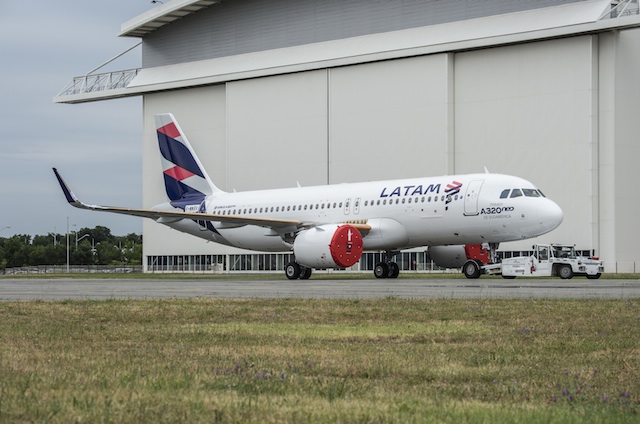 LATAM says it will take delivery of the aircraft “in the near future”. Flight Fleets Analyzer shows that LATAM Brazil will accept its first two A320neos in September.

The aircraft that rolled out at Airbus features LATAM’s new unified livery, which it is introducing across its group fleet. 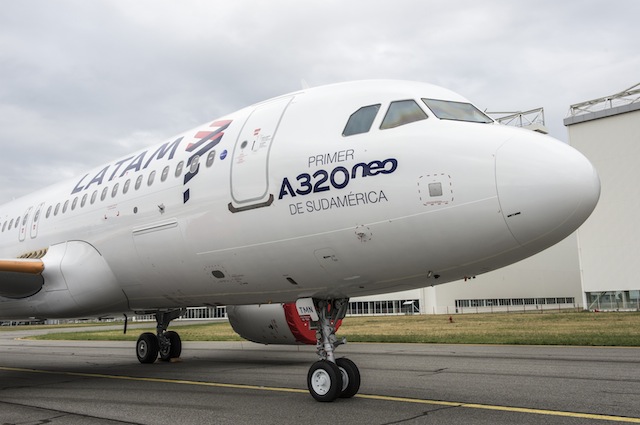