Mitsubishi Aircraft has released a series of photos of its fleet of five flight test aircraft for the MRJ regional jet programme.

The pictures show FTA-1, also known as MSN 10001, and FTA-2, having both completed final assembly and with its Pratt & Whitney PW1200G engines attached. 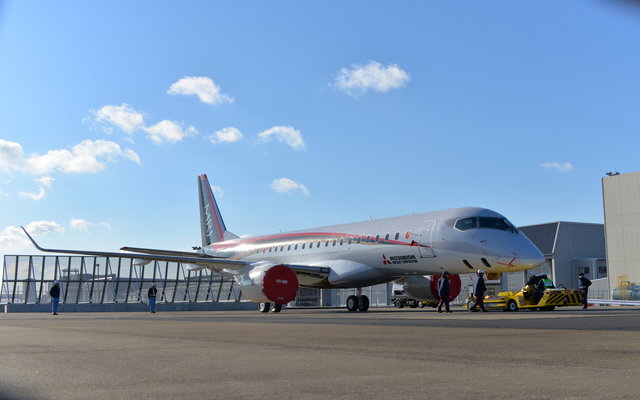 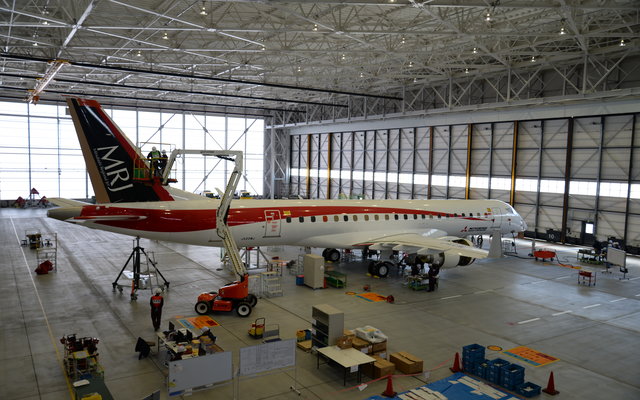 FTA-3, with its landing gear attached, has completed wing-to-body join although engines have not been mounted. FTA-4 is still resting on struts and is undergoing wing-to-body join. The picture shows that its engines, horizontal stabilisers, rudder, flaps, ailerons and wingtips have also yet to be installed. 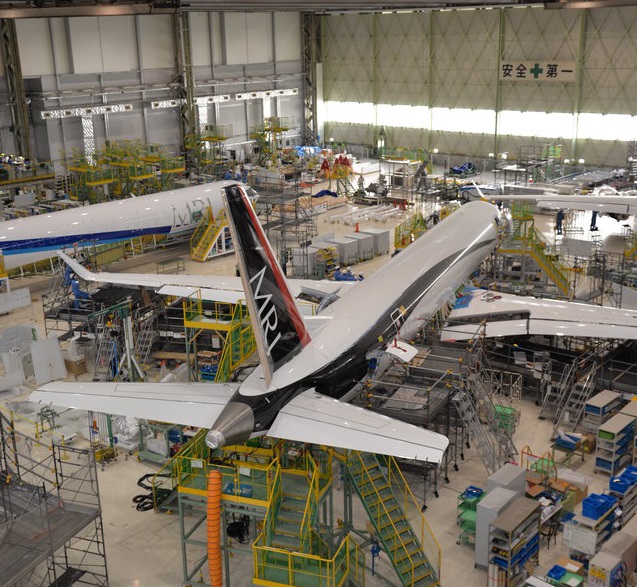 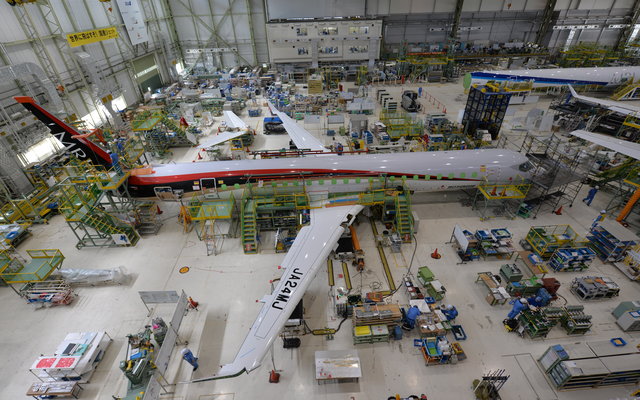 The aft fuselage of FTA-5 meanwhile have not been fused. All five airframes have been painted, and FTA-5 appears to bear launch customer All Nippon Airways' livery.

The Japanese airframer unveiled the pictures at the Regional Airline Association convention in Cleveland on 12 May.

At the convention, it also announced that it has expanded planned flight test and engineering options in the USA with four more sites. Besides a flight test centre in Moses Lake, Washington, an engineering centre will also be opened in Seattle. It will also perform high-altitude flight tests at Gunnison Crested Butte Regional airport in Colorado, special runway tests at Roswell International Air Centre in New Mexico, and use the McKinley climatic test cell at Eglin AFB, Florida.

Mitsubishi has pushed the first flight of the MRJ to September or October of 2015, but has committed to keep to its second quarter 2017 delivery schedule.