The US National Transportation Safety Board has released two pictures showing the internal and external skin damage to a Southwest Airlines 737-300 that experienced a rapid decompression while climbing through 34,000ft (10,363m) on a flight from Nashville to Baltimore on 13 July.

The crew of Flight 2294 declared an emergency and safely landed at the Yeager Airport in Charleston, West Virginia, where the aircraft is currently undergoing repairs by Southwest mechanics. Although oxygen masked were deployed during the incident, there were no injuries to the 126 passengers and five crewmembers.

NTSB says the incident left an hole measuring approximately 17in (43cm) by 8in (20cm). The aircraft’s aluminium skin in the area is 0.032in (0.8mm) thick with an additional 0.032in layer bonded to the interior surface at selected areas.

Pictured below is the interior portion of the damaged area, followed by the exterior area. 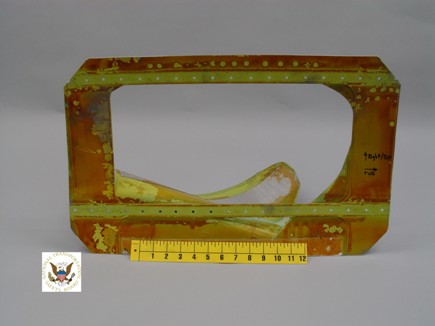 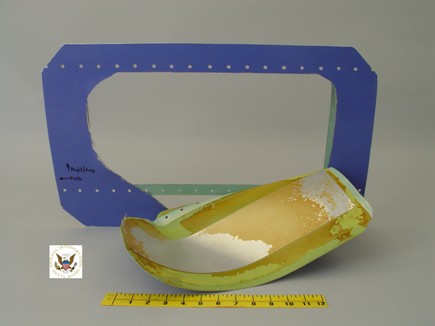 Officials say there was “no significant corrosion or obvious pre-existing mechanical damage” noted during the initial visual examination of the fracture.

The NTSB says it will perform detailed metallurgical examination of the skin section and the fracture surfaces in the coming days.