A Qatar Airways Airbus A321 suffered substantial damage in a fire that occurred when it was under maintenance at Doha's Hamad International airport on 8 December.

Media reports quote an airline statement as saying that the jet was positioned at a remote stand when the incident happened at 06:50 local time. The carrier has yet to reply to FlightGlobal's queries on the matter.

"The fire inside the cabin was promptly contained and extinguished. Whilst there was some damage to the aircraft there were no injuries," it adds. 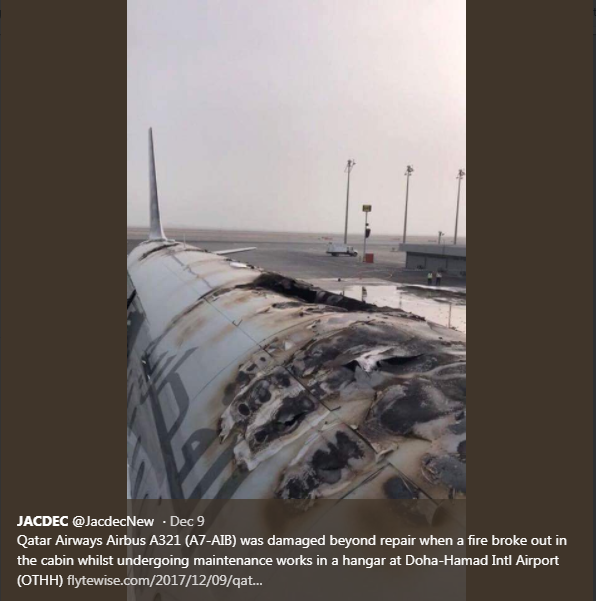 Pictures on social media show substantial damage to the roof of the aircraft, with certain parts being burn through. 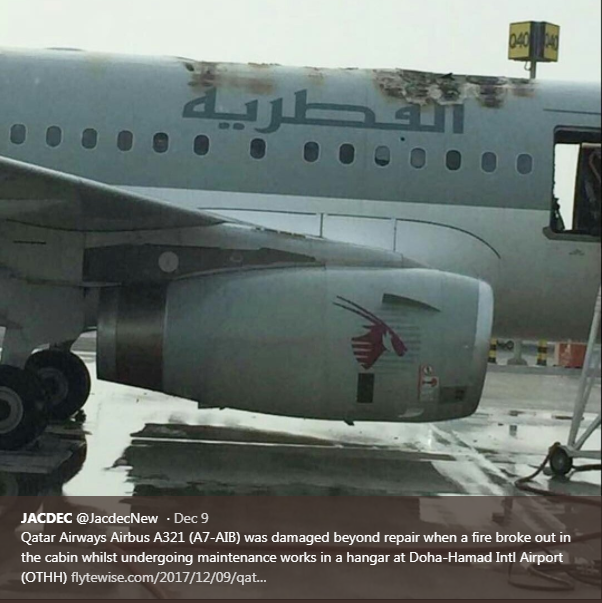 Qatar says a full investigation is being conducted by the local authorities to establish the cause.

Media reports identified the aircraft as being registered A7-AIB.

Flight Fleets Analyzer shows that the 2010-built aircraft is powered by International Aero Engines V2500 powerplants. The jet has been with the airline since 2010, following a sale and leaseback. It is now owned by Daasa, which is registered in the Cayman Islands, with Standard Chartered Aviation Finance as the aircraft manager.