Operating from Holloman AFB in New Mexico, the developmental aircraft launched three different munitions during tests that ran from 10-14 October.

The time taken from design and integration to flight testing for the three weapons was an “impressive” three months, says the manufacturer. Evaluations were conducted in co-ordination with US Naval Sea Systems Command (NAVSEA) and the US Air Force's Holloman-based 586th Flight Test Sqn. 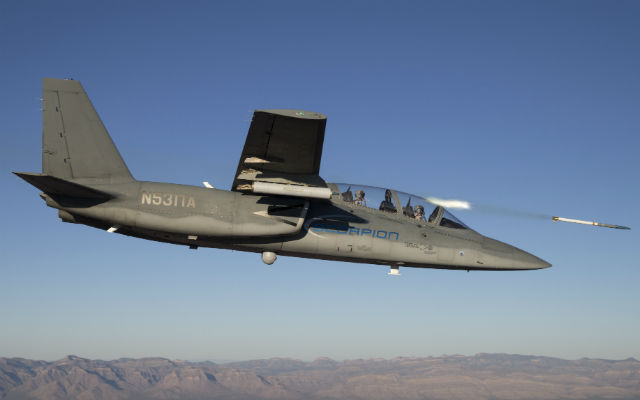 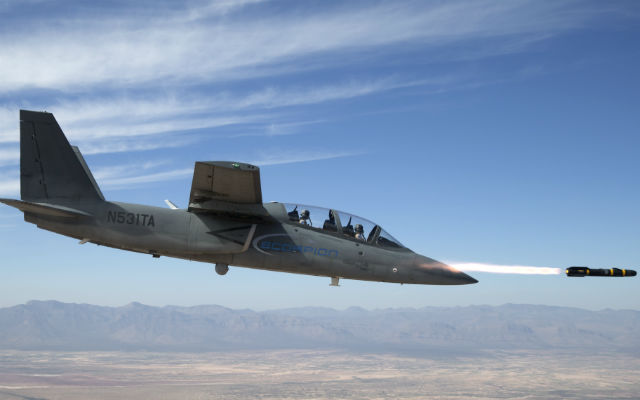 “The success of the first weapons capability exercise is a major milestone for the Scorpion programme as we continue to demonstrate its mission flexibility and multi-role capabilities,” Tom Hammoor, senior vice-president of defence at Textron Aviation, says.

“We could not be more pleased with the results of this exercise, thanks to the collaboration between our Scorpion team, the NAVSEA organisation and Holloman air force base.”

In parallel to flights with the Scorpion prototype, the company is also in the process of developing the first production variant of the light attack/trainer, with a maiden sortie “expected soon”.

In a release accompanying its third-quarter accounts, Scott Donnelly, chief executive of parent company Textron, says: “We are also pleased with progress on the Scorpion and have accelerated investment in this program to support the accreditation process and increased customer engagement.”