Airbus has rolled out its latest A350 flight-test aircraft, the cabin-equipped MSN2, in a colour scheme reflecting its composite construction.

The Rolls-Royce Trent XWB-powered aircraft will be the third to join the flight-test fleet of five A350s.

It is the first to be fitted with an interior cabin, rather than heavy instrumentation banks, and will be used to undertake early long flight trials later this year. 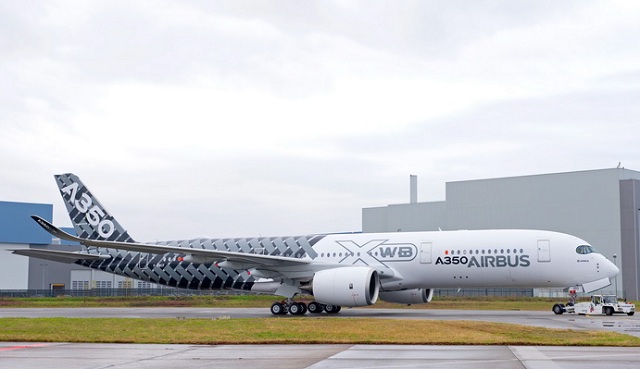 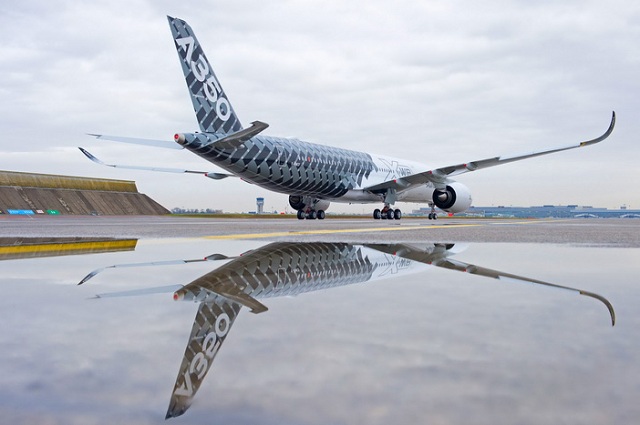 The black-and-grey crosshatch livery is a “carbon signature”, says Airbus, illustrating the braiding of composite tape used as part of the manufacturing process.

More than 50% of the A350 airframe, including the aircraft’s fuselage, comprises carbonfibre reinforced materials.

Another test aircraft, MSN5, is also to be fitted with a cabin layout. The A350 is scheduled to enter service with Qatar Airways in the fourth quarter of 2014.