Poland has pulled the plug on negotiations with Airbus Helicopters related to the acquisition of 50 H225M helicopters, claiming that industrial offset proposals are not sufficiently generous.

The nation’s ministry of economic development says that the manufacturer’s offer needed to match the Zl13 billion ($3.4 billion) contract value.

“The contracting party did not submit an offset offer protecting in a proper manner the economic interests and security of the Polish state,” says the ministry. “During the negotiations, the Polish side showed full openness and willingness to find solutions acceptable to both sides.”

The ministry adds that “discrepancies in the negotiating positions of both sides” made reaching a compromise “impossible”, rendering the continuation of discussions “pointless”.

The parties began negotiations in September 2015 following the selection of the Caracal for the tri-service order in April that year and the helicopter subsequently passing qualification tests. 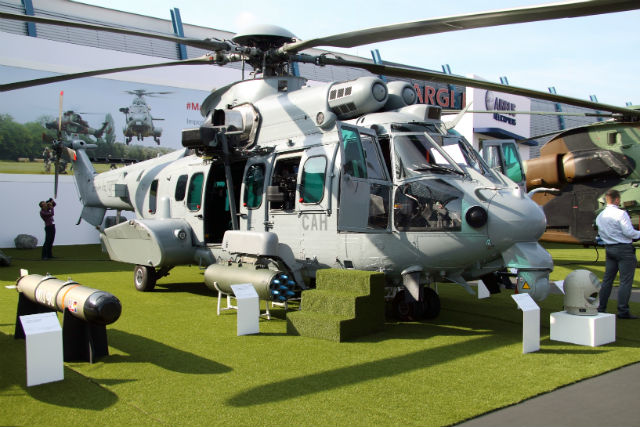 However, the talks were complicated by the change of government in Warsaw in late 2015, when the Law and Justice party – which opposed the deal – came into power.

Airbus Helicopters – along with supplier Safran Helicopter Engines – had proposed creating a final assembly line for the H225M in Lodz, as well as the engagement of Polish industry in its supply chain.

But despite repeated overtures and claims that it wanted to make the country the “fifth pillar of Airbus”, Warsaw appears to have turned its back on the offer.

That decision leaves the way open for Leonardo and Sikorsky, and their respective local subsidiaries PZL Swidnik and PZL Mielec, to fight it out for the order.

Leonardo had proposed the AgustaWestland AW149 for the requirement, while Sikorsky proposed a split buy of the S-70i Black Hawk and S-70B Seahawk – although the latter was to be manufactured in the USA.

Airbus Helicopters says: "We are aware of the statement but we have no further comment at this stage."