​A330-900 ETOPS certification and US approval imminent

Airbus expects to receive 180min extended twin-engine operations (ETOPS) approval for the A330-900 later this month, while US certification of the airframe is due by year-end.

A330neo chief engineer François Kubica says: "180min ETOPS will come in the coming days or weeks. Then afterwards we go even beyond 180min to 330min - that will be before the end of the year.”

“FAA type approval [for the] -900 is planned for the end of the year,” says Kubica. “Our first US customer is Delta Air Lines, and they will take their first aircraft in April next year.”

With the first -900 delivery to TAP Air Portugal (above) imminent, Kubica says the A330neo production system is ramping up. “In terms of production today we already have 23 aircraft in the system for the final assembly line," he says. 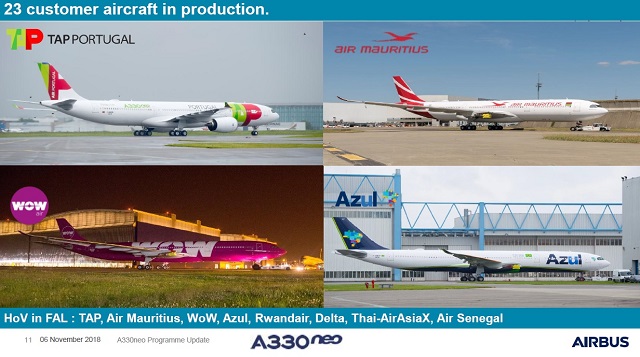