Boeing has released images of the first two Boeing 777X test aircraft on the final assembly line at its Everett plant in Washington. 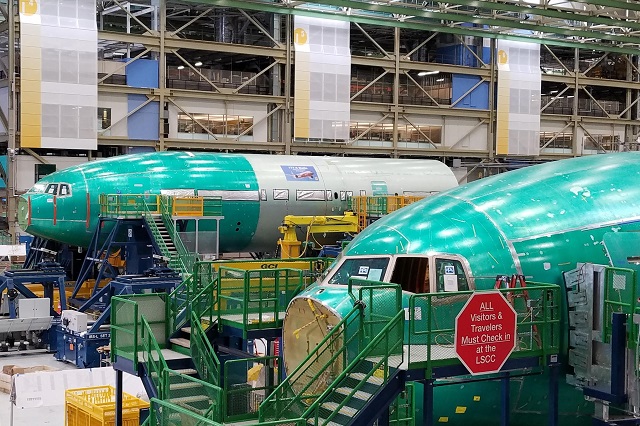 The larger 777-9 is the lead variant in the General Electric GE9X-powered family, with the first flight due next year and deliveries to launch customer Emirates beginning in 2020. The smaller, ultra-long-range 777-8 will follow.

Boeing says that the first two 777X test aircraft are now on the low-rate initial production line. Once assembled, the fuselages will have their new composite wings attached.