"I'm sure you know I don't like to be number two or number three," he said at a 25 September press conference at Boeing's delivery centre in Everett, Washington.

A blockade by neighbouring states has only boosted Qatar Cargo's business, argues Al Baker. Since the blockade began in June, the airline has hauled huge amounts of fresh foods, medical supplies and other affected goods. Rather than stumbling, the airline's cargo business grew by 160% in the wake of the embargo, he says. 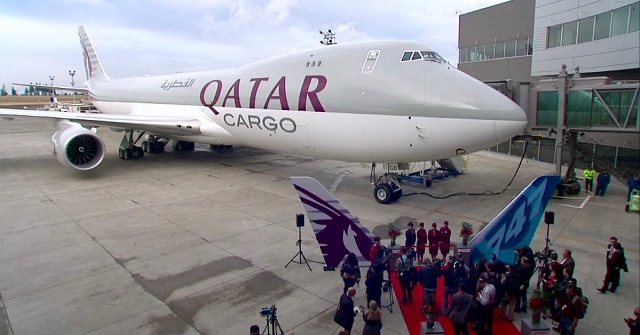 Qatar Airways plans to keep expanding its cargo business after the blockade. The carrier has a second 747-8F on order and more orders could come, Al Baker says.

Finding spare parts for the 747-8F will not be a problem down the road, he adds. "This 747 programme is not at the end of its production process."

The carrier has already sold capacity on the two 747-8Fs and could order a third aircraft, Al Baker indicates.

As it expands its cargo facility in Doha, the airline is expecting growth to come as development of its passenger business continues.