The Royal Air Force says that its Lockheed Martin C-130J Hercules strategic transport has been deployed to northeastern Africa to deliver supplies to a remote region under the UN Mission in South Sudan (UNMISS) humanitarian relief effort.

The C-130J was due to depart RAF Brize Norton on 26 March, the Ministry of Defence says, and will deliver “vital supplies” to the remote city of Malakal – the first deployment of the aircraft for the UN in Africa.

The aircraft has been deployed with a small support team and will conduct flights between the capital Juba and Malakal in support of UNMISS. It will deliver food, water and building supplies to UN camps that have been established as a result of civil war that has displaced thousands of South Sudanese from their homes. 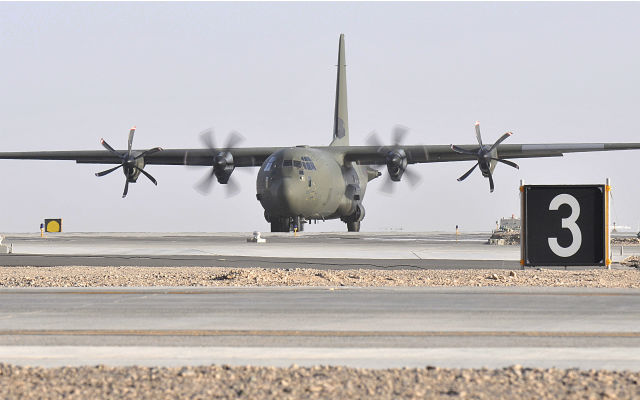 “The C-130 is desperately needed both to help the UN’s transport infrastructure, which is in great demand, and to provide critical supplies to a country in the grip of a humanitarian crisis,” the MoD says.

The C-130 is expected to be utilised until mid-April and “will form a key part of the UK’s wider engagement with the UN”, says Grp Capt Polly Perkins, head of establishment at Brize Norton.

There are 14 staff officers currently on secondment on African missions, with four of these on UNMISS.

Flightglobal’s Ascend Fleets database shows the RAF as having 24 C-130Js in its current inventory.