With every 12 months that go by, we rack up at least a year's worth of hard work, experience, success, failure and intrigue, though it quite often feels like a lot more - or perhaps we just marvel at how much was packed in. So, as aerospace turns the calendar on 365 days that saw their share of all those things, taking in programmes, politics, corporate manoeuvres and operational milestones, here at Flight International we have tried to select notable events that describe the breadth of recent industry experience, viewed of course with the perfect vision of hindsight. At very least, we hope you enjoy our recap of 2018's toil, triumph and surprise 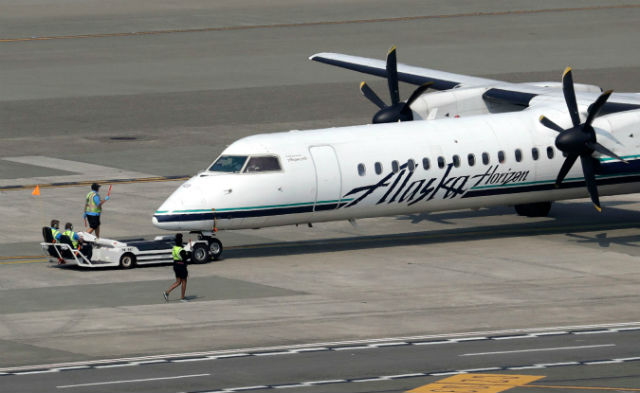 Less costly – "only" one death – but perhaps as unsettling as the loss of MH370 was the August theft of a Horizon Air Bombardier Q400 from Seattle-Tacoma airport. Accessing the unoccupied aircraft from its parking slot in an airport cargo area, 29-year-old Horizon ground service agent Richard Russell used a pushback tractor to turn it around before climbing aboard, taxiing and taking off. All, of course, with no authorisation. Manoeuvres including a rolling loop ensued – described by an official of Horizon's parent, Alaska Air, as "incredible" and captured on video by onlookers. Air defence F-15s were scrambled supersonic from Portland, Oregon.

Air traffic controllers had at least 20min of radio contact with the pilot, but failed to convince him to make a controlled landing or ditch. The episode ended with a crash onto an island in Puget Sound, killing Russell and destroying the aircraft.

Investigation continues, but one factor would appear to connect this episode to the loss of MH370, the 2015 French Alps crash of a Germanwings Airbus A320 and literally dozens of uncelebrated single-flyer fatalities marked as "suicide" on the UN National Transportation Safety Board books: mental health.

Following the Seattle incident, FlightGlobal noted that the Germanwings tragedy had "triggered a crisis of confidence over the mental health of professionals in the cockpit [and] the air transport industry responded with a cocktail of evocative statements and half-baked countermeasures. Because it could not offer much else.

"Peer intervention is effective, but relies on detecting mental illness in a male-dominated, fault-intolerant business, with its image of coolness under pressure."

But the Horizon Air death was not of a pilot, and thus highlights how vulnerable is a complex, safety-critical industry like aviation to the emotional condition of many operatives. For World Mental Health Day on 10 October the UN’s World Health Organization pointedly remarked: "Half of all mental illness begins by the age of 14, but most cases go undetected and untreated… Suicide is the second leading cause of death among 15-29-year-olds."

And: "While the link between suicide and mental disorders … is well established in high-income countries, many suicides happen impulsively in moments of crisis with a breakdown in the ability to deal with life stresses, such as financial problems, relationship break-up or chronic pain and illness." Pilots in cockpits, it is hoped, do not succumb to impulses – but hope is not a very good safety strategy.

Every year, the WHO says, 800,000 people commit suicide and many more attempt to kill themselves. That number of dead – more than 1 person in 10,000 globally – is roughly the same as the number of pilots that airlines will need to recruit and train (mostly in low- and middle-income countries) over the next two decades to cope with expected industry growth. With every pilot, of course, comes the need for many more workers: air traffic controllers, maintenance staff, cabin crew and ground handlers.

In short, aviation has to work out how it is going to operate in a world that – belatedly – is waking up to the reality of a persistent mental health crisis. As it has led in safety culture, the industry is going to have to become a leader in prevention, detection and treatment of mental health problems. It is also going to have to recognise that, at any given time, a sizeable cohort of its staff and recruits are recovering from emotional trauma.