Swiss investigators are probing an incident in which several main wheels of an Edelweiss Airbus A320 locked up shortly after the aircraft commenced its take-off roll from Zurich.

The twinjet (HB-JJL) had been travelling at about 80kt when – according to French investigation authority BEA, citing preliminary data from Swiss counterparts – “at least” three main landing-gear wheels “locked”.

Neither BEA nor Swiss authority SUST has given further information on the circumstances or reasons behind the 17 August event.

The aircraft had been departing Zurich’s runway 28 bound for Heraklion on the Greek island of Crete.

Its crew aborted the take-off. None of the aircraft’s occupants were injured but the jet sustained minor damage.

BEA says the event has been classified as a “serious incident”. 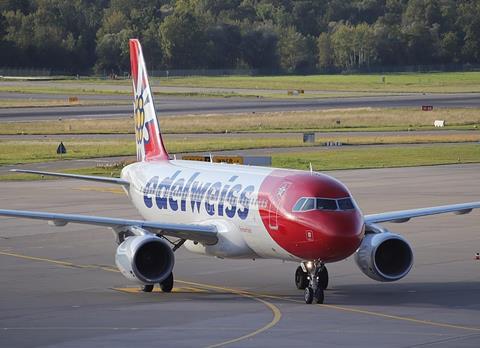