"The satellite structure is an assembly of composite and metallic honeycomb sandwich panels with a central composite cylinder," says HAL chairman RK Tyagi.

The assembly work for the structure was carried out at HAL's facilities in Bangalore.

The ISRO will build the satellite's other subsystems and scientific payload. 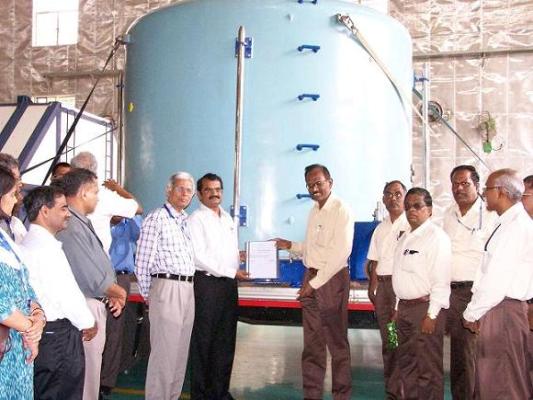 On 15 August, Indian prime minister Manmohan Singh announced that India will place a small spacecraft in orbit around Mars in 2013.

"The completed satellite will ultimately embark on a nine month voyage to orbit Mars," says HAL. "During its orbit, the satellite will be at a distance of 54.6 million km [33.9 million miles] away from Earth: the farthest any Indian satellite would have travelled."