BA compromises on red wings for retro BEA A319

The UK flag-carrier states that composites used for the upper wing structure are “very sensitive” to ultra-violet radiation. 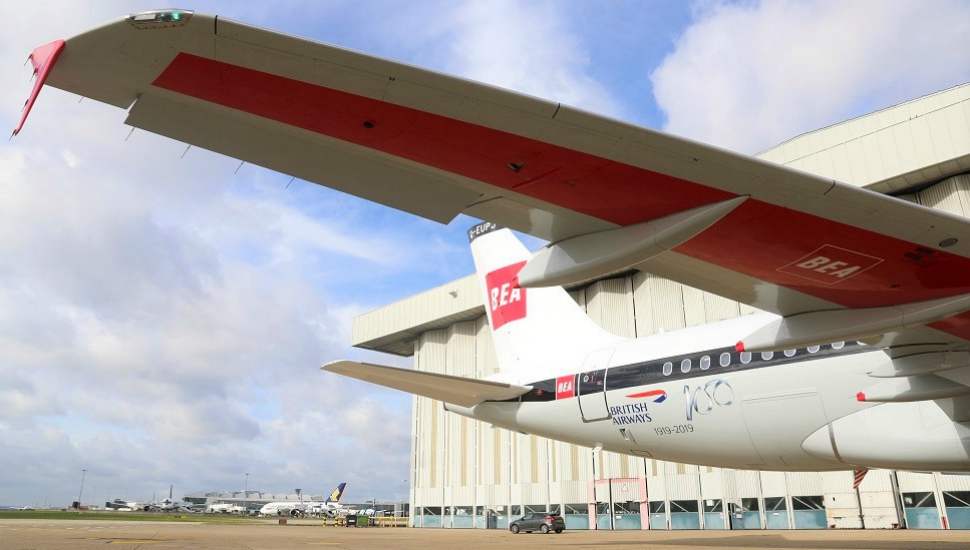 Solar absorptivity of colours is such that only schemes with higher-reflectivity shades “lighter than grey” are usually permitted, it adds.

BEA’s fleet – which included such types as the Vickers Viscount and Vanguard, the De Havilland Comet and the Hawker Siddeley Trident – were painted with red wings as part of the ‘Red Square’ livery replicated on the A319.

BA says consideration of the materials used in the production of the Airbus wings prevented a faithful reproduction.

“Manufacturer recommendation is to use a flexible wing coating on the metallic wing section to prevent cracks and peelings, and to protect the metal underneath,” the airline tells FlightGlobal.

“This left a very small part of the wing that could be painted red and it was decided that this would look wrong.”

The underside of the A319’s wings, however, do carry a red surface.

European Aviation Safety Agency requirements for overwing exits – such as those on the A319 – require that the escape route surface must have a reflectance of at least 80%, and defined by markings with a contrast ratio of at least 5:1.

British Airways showed off the A319, one of four aircraft to be painted in retro schemes for the carrier's 100th anniversary, during an event at London Heathrow on 4 March.