Qantas will add its code to Cathay’s flights from Perth and Cairns to Hong Kong. It will also place its code on 10 other Cathay and Cathay Dragon routes from Hong Kong to India, Myanmar, Sri Lanka and Vietnam.

In return, Cathay will add its code to 13 domestic routes operated by Qantas. 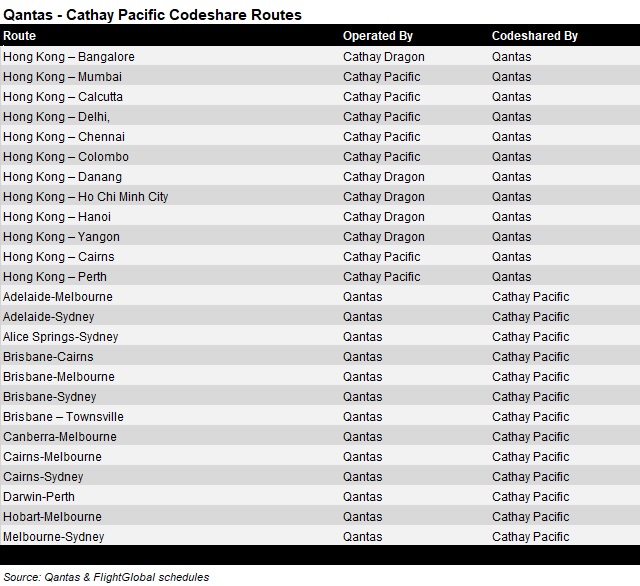 It is the first time the two rival airlines have entered into a codeshare relationship, despite both being founding members of the Oneworld alliance.

“Australia has been a key destination for Cathay Pacific ever since we launched our first commercial operations to the country nearly half a century ago, and we look forward to welcoming guests from Qantas onto our flights soon,” he adds.