Cebu Pacific has taken delivery of its first Airbus A321neo, after several rounds of delays.

The Pratt & Whitney PW1100G-powered aircraft is fitted with 236 seats in an all-economy configuration. The jet arrived in Manila on 20 January.

Flight Fleets Analyzer shows that the aircraft, registered RP-C4118, is owned and managed by Cebu Pacific 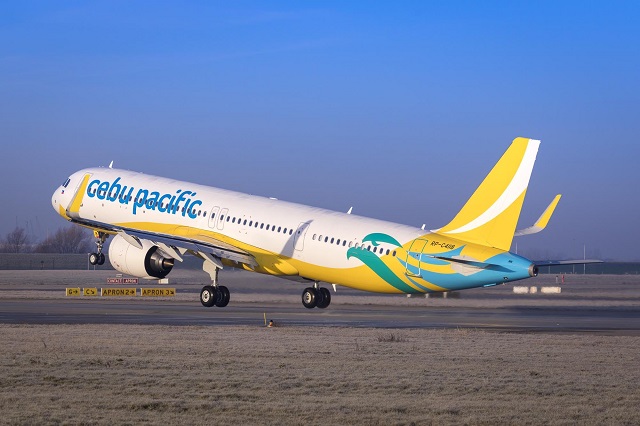 The carrier has another 31 of the type on order. It is also due to take another five A320neo on lease from Avolon this year, with deliveries commencing in the first half of the year.

Cebu Pacific initially deferred deliveries of the A321neos on order to the fourth quarter of 2018, due to delays with the PW1100G engines. Last November, however, the airline told FlightGlobal that it had yet to receive a firm timeline from Airbus on the delivery after the passing of the contracted delivery date.