Laudamotion is to double the size of its fleet next year, introduce a new livery, and offer staff improved pay as part of a growth strategy to be implemented after Ryanair closed its acquisition of a 75% stake in the Austrian regional carrier.

Ryanair says the Vienna-based carrier's fleet will grow from nine Airbus A320s today to 18 next summer. A new livery which "reflects Laudamotion's Austrian heritage" will also be introduced, Ryanair adds. 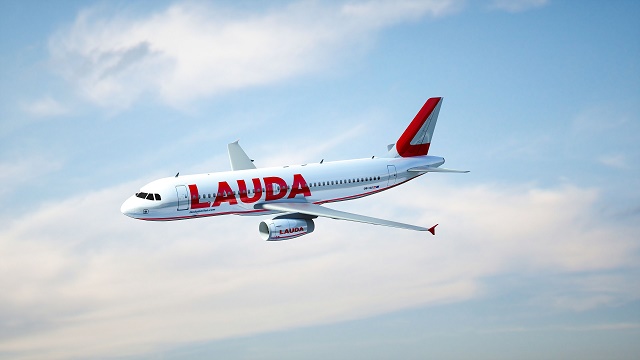 A new five-days-on, three-days-off winter roster is to be introduced and staff will be relocated to new offices within Austria's capital. Christian Rolle has been appointed as the airline's personnel director and will take up his new role on 1 September.

Laudamotion chief executive Andreas Gruber states that the new A320s will allow the airline to boost passenger numbers 20% to five million in 2019 and welcomes the backing provided by the "enormous financial strength" of Ryanair.

The Irish carrier acquired just under 25% of Laudamotion earlier this year and in July gained regulatory approval to increase the stake to 75%.