​PICTURES: Emirates adorns A380 with montage of Real Madrid team

Emirates has unveiled an Airbus A380 adorned with a special livery in recognition of the airline’s sponsorship of Real Madrid football club. 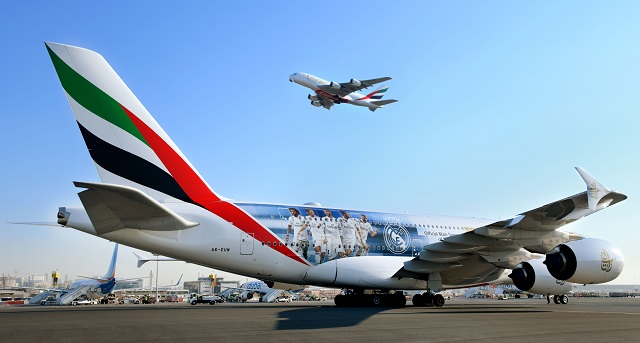 A large decal featuring action images of some of the club’s leading footballers has been applied to one of its Rolls-Royce Trent 900-powered A380s (A6-EUW).

Emirates says that the decal was created to mark today’s A380 flight by Real Madrid between the Spanish capital and Abu Dhabi. The team is travelling to the UAE city in their capacity as European champions where they will compete with club champions from other continents. 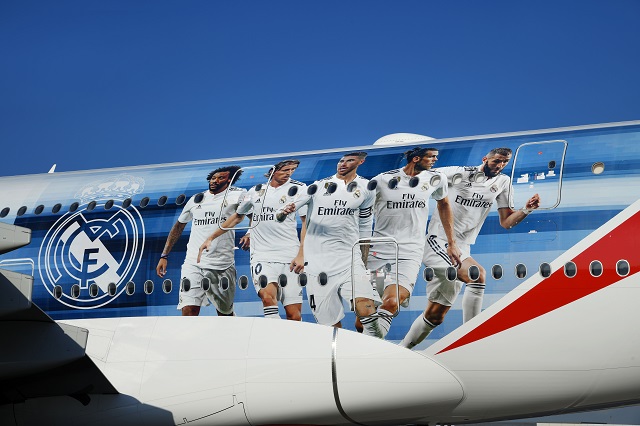 The decal features Real Madrid team-mates Marcelo, Luka Modrić, Sergio Ramos, Gareth Bale and Karim Benzema. It covers over 200sq.m and is applied to each side of the aircraft where it will be displayed for the next six months.