United to invest at least $34m at Washington Dulles

United Airlines and the operator of Washington Dulles International airport have reached an agreement to invest at least $34 million in a concourse expansion.

The Metropolitan Washington Airports Authority (MWAA) will reimburse the Chicago-based carrier up to $33.8 million for construction of an extension to concourse C to house a new premium Polaris lounge at Dulles, a presentation to the operator's board shows. The initial deal was first reported by FlightGlobal in August. 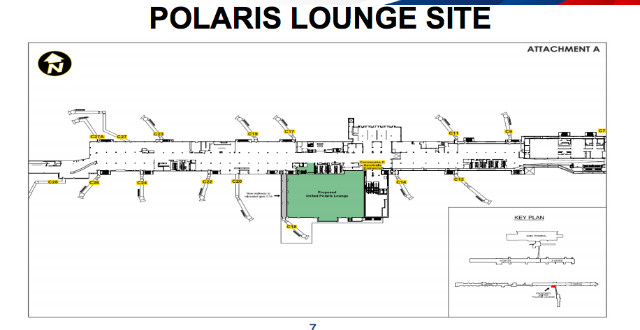 Jack Potter, chief executive of MWAA, told FlightGlobal at the time that the ground floor of the planned extension would be used to improve the flow of international arriving passengers. The lounge will be on the departures level.

"That's part of improving the passenger experience," he said.

MWAA would only reimburse United for enabling work and building the structure, not for interior fittings or other investments in the lounge, according to the presentation. The airline would manage construction.

In addition, the presentation makes no mention of a replacement of concourses C and D at Dulles, which opened as "temporary" facilities in the mid-1980s.

"United’s Polaris lounge will serve an important role in improving the customer experience at United’s Dulles hub," the airline says. It will repay the nearly $34 million reimbursement through rent payments to MWAA, it adds.

Neither MWAA nor United have released a timeline for the project, however, the operator lists it as a 2019 project in its preliminary budget for the year.

The deal is a step by United towards fulfilling its goal to open Polaris lounges, which are part of a larger investment in passenger-facing products like new business-class seats and a premium economy cabin, at all of its gateway hubs. First unveiled in 2016, the airline initially planned to complete the investment by the end of 2017, but to date has opened only four lounges at Chicago O'Hare, Houston Intercontinental, Newark and San Francisco.

At 1,858m2 (20,000ft2) in size, the lounge will be larger than those at both Chicago and Houston, but smaller than at Newark and San Francisco.

United is growing at Washington Dulles. It will operate 9.8% more flights and 5.8% more seats from the airport this year compared to 2017, FlightGlobal Diio schedules data shows. The airline's international capacity from the airport decreased 3% year-on-year in 2018.

More growth is already planned for next year. United will add flights to Asheville, Elmira, Hilton Head, Lexington (Kentucky), Manchester (New Hampshire) and Tel Aviv from the DC-area airport in 2019, when it plans to increase system capacity by 4-6%.

United is also evaluating a six-bank schedule, up from its current four, at Dulles. More banks, which are periods when many arriving and departing flights are bunched together, would mean higher utilisation of existing facilities at the airport - including the planned Polaris lounge.

The concourse extension at Dulles comes as MWAA invests more than $1 billion at Ronald Reagan Washington National airport, the airport closest to central Washington DC. Planned works at National include a new security checkpoint that will expand the secure area in terminal B/C to include all three of its concourses, and a new 14-gate concourse that will accommodate American Airlines' regional operation there.

Both Dulles and National are expected to benefit from Amazon's decision in November to open a so-called second headquarters in Arlington, Virginia. The online retailer plans to base 25,000 white-collar tech employees there over the next decade, with easy access to a major international airport - Dulles being the primary international gateway to the Washington DC region - a key criteria in the selection of the "National Landing" location.

Dulles airport saw a 4.8% increase in passengers to 20.2 million year-to-date in October, while National saw a 2% decrease to 19.7 million, the latest traffic data from MWAA shows.