WestJet chief executive Ed Sims unveiled the airline’s new hangar for the Boeing 787-9 on 24 April and announced it will be the first Canadian airline to base the aircraft at Calgary.

"Today marks another significant step in WestJet's journey as a global network carrier," says Sims during prepared remarks to an audience inside the hangar. "This state-of-the-art facility provides the perfect environment for our highly skilled aviation maintenance engineering teams to continue to ensure the safety and comfort of our 25 million annual guests." 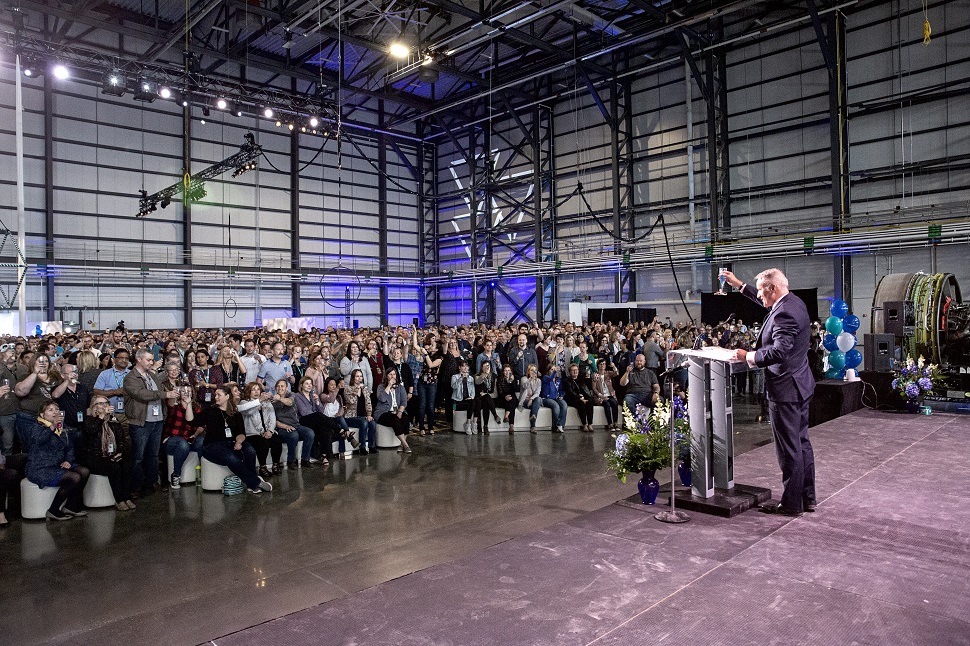 The Calgary-based airline has taken delivery of three 787-9 aircraft to begin service from Calgary on non-stop routes to London, Paris and Dublin on 28 April, 17 May and 1 June respectively. The airline has seven additional 787-9 aircraft on order with options to purchase 10 more, according to Cirium’s Fleets Analyzer.

The WestJet fleet also includes 13 Boeing 737 Max 8 aircraft that are in storage as Canada’s aviation regulator has grounded 737 Max aircraft for safety reasons. The airline has deployed aircraft in its fleet to operate flights on routes previously serviced by 737 Max 8 aircraft. WestJet suspended all 2019 financial guidance provided in December and February after Canada’s civil aviation regulator grounded the Max.