Spanish carrier Swiftair has identified itself as the operator of an Air Algerie service which lost radar contact after departing Ouagadougou in Burkina Faso.

The carrier states that it was using a Boeing MD-83 for the flight which departed at 01:17UTC and was due to arrive in Algiers at 05:10UTC. 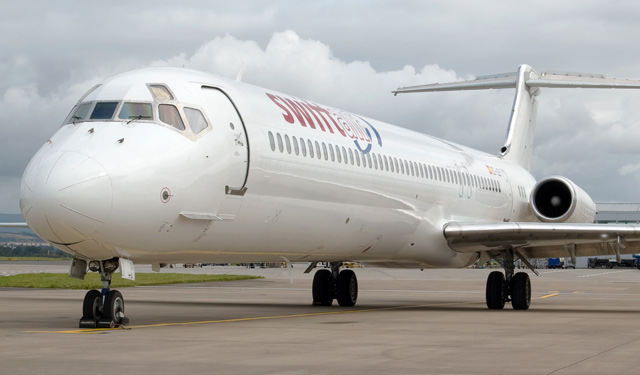 It adds that its emergency personnel are attempting to ascertain what has happened to the aircraft.

A source at Air Algerie, familiar with the situation, says that radar contact was lost with flight AH5017 at 01:55UTC.

He says the carrier has informed the Algerian government of the situation and is preparing to issue further information about the flight.

Privately-owned Swiftair specialises in wet-lease services with a fleet which includes ATR and Embraer turboprops, Boeing MD-82s and 737s.

Flightglobal's Ascend Fleets database lists five MD-83s in service with the Madrid-based carrier including EC-LTV, which is labelled as being on lease to Air Algerie.

Ascend shows this aircraft is an 18-year old example which has accumulated over 32,000 cycles. The MD-83 is powered by two Pratt & Whitney JT8D engines.

Swiftair was set up in 1986. The carrier's Spanish operation is complemented by a division in Greece.