The company unveiled the system on 2 December at the Interservice/Industry Training, Simulation and Education Conference in Orlando, Florida.

The virtual reality trainer is part of a larger digital system CAE is selling under the brand CAE TRAX Academy.

“First, student pilots use digital tools such as a mobile app and virtual reality-enabled courseware to learn and understand required training tasks and procedures,” the company says. “Next, students practice what was learned in the CAE Sprint [Virtual Reality] training device.”

The company’s “virtual coach” provides students with immediate instruction, and the Rise programme measures students’ progress and the degree to which they master tasks and procedures, CAE says. 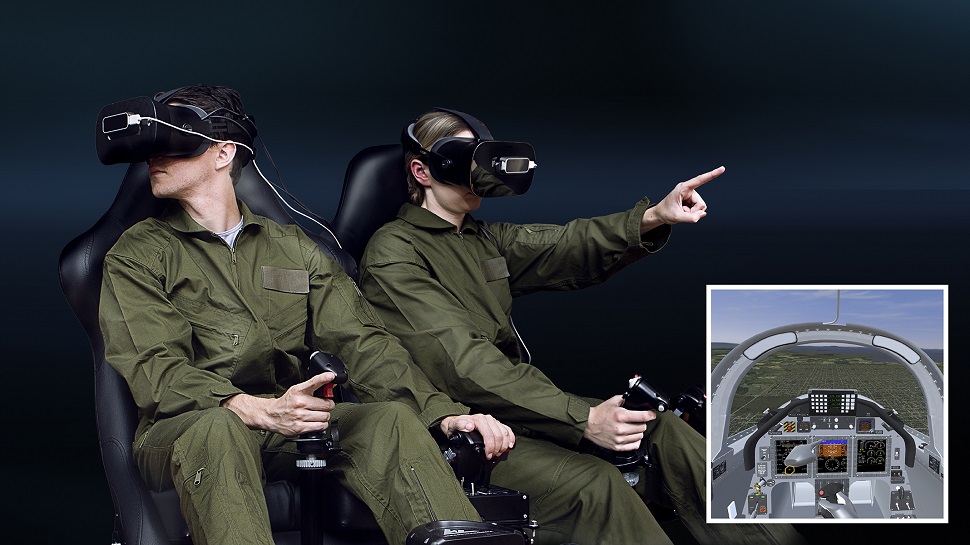 The system prepares students to transition to training in more-expensive, higher-fidelity simulators and, eventually, in aircraft.

The training programme is designed to be optimised to each student, says Joe Armstrong, CAE’s vice-president of global business operations, product and solutions.

“Today’s digital technologies such as virtual reality, artificial intelligence and data analytics are enabling a new approach to pilot training that is more self-paced and tailored to student learning,” he says.

Many Western air forces are seeking to quickly train new pilots, and at lower cost – a response to stagnant military budgets and vacancies created by the loss of veteran airmen to higher-paying jobs at commercial airlines.