Two pilots on board a turboprop GippsAero GA10 Airvan were able to parachute safely to the ground shortly before their aircraft crashed west of Edwards Air Force Base at around 11 am on 4 June.

The 10-seat, single-engine utility aircraft, which is usually based in Australia, was flying over the Mojave Desert conducting flight testing when the mishap happened.

“It was an experimental aircraft. We were doing some testing out in Mojave,” said GippsAero. The pilots “were running through some tests in different configurations and everything went bad for a while.” 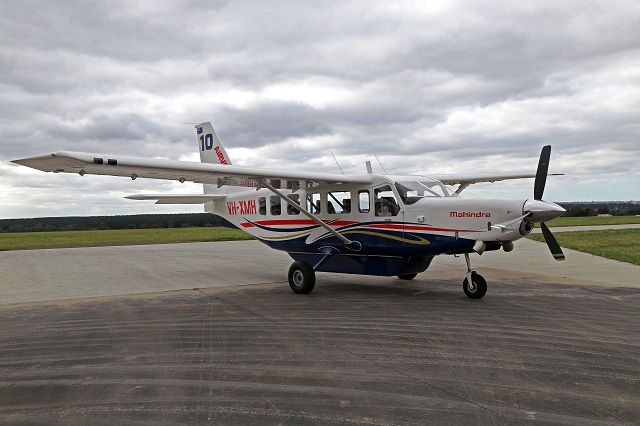 The company said it did not have additional details at this time and that the cause of the crash is still under investigation.

The National Test Pilot School, a private entity which is not affiliated with Edwards Air Force Base, was providing test flight support to the aircraft when it crashed. The aircraft took off from the Mojave Air & Space Port.

Australia's GippsAero, owned by Indian company Mahindra Aerospace, said in January 2018 that it hoped to deliver the first GA10 Airvan in the second half of 2018. The aircraft is pitched as a platform for intelligence, surveillance and reconnaissance sensors.