PICTURES: A330-800 emerges from painting

Airbus's first A330-800 has emerged from painting bearing the airframer's livery for the A330neo test fleet.

The aircraft, MSN1888, is awaiting installation of its Rolls-Royce Trent 7000 engines. 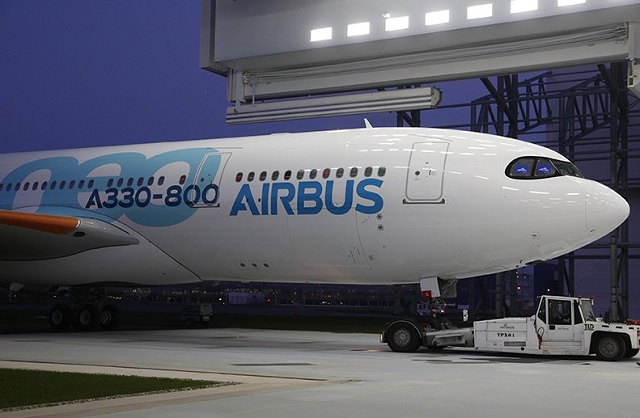 Airbus puts the typical accommodation layout of the -800 at 257 passengers in three classes, although it indicates that the variant could seat up to 406.

While the -800 is a re-engined version of the A330-200, its sales have been weak in comparison to its predecessor.

Airbus has taken orders for 659 A330-200s, plus a further 42 in the dedicated freighter configuration. 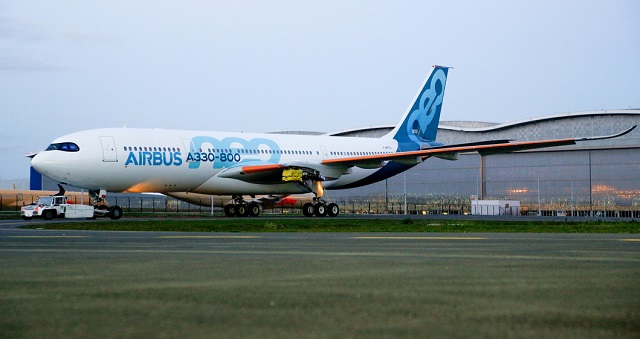