Oman Air has put into revenue service its latest Boeing 787-9 – the first configured with a three-class interior.

For its commercial debut, the widebody was flown from Muscat to London Heathrow on 1 July.

The twinjet's first-class cabin has eight suites, each featuring 180-degree flat-bed seats (below) and a sliding door for added privacy. 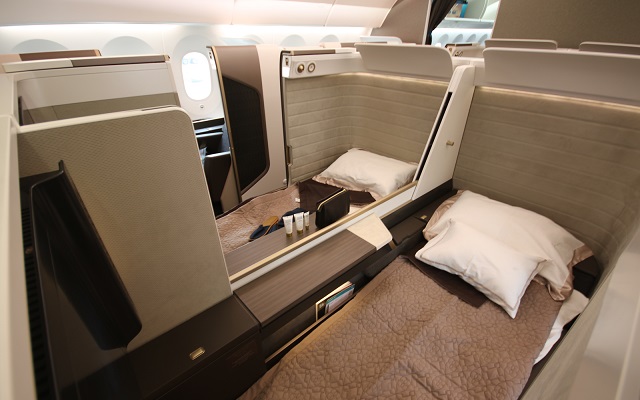 All 24 business-class seats (below) are arranged in a 2-2-2 configuration and have direct aisle access. The 232 economy seats, meanwhile, have been installed with the industry standard 3-3-3 abreast layout. 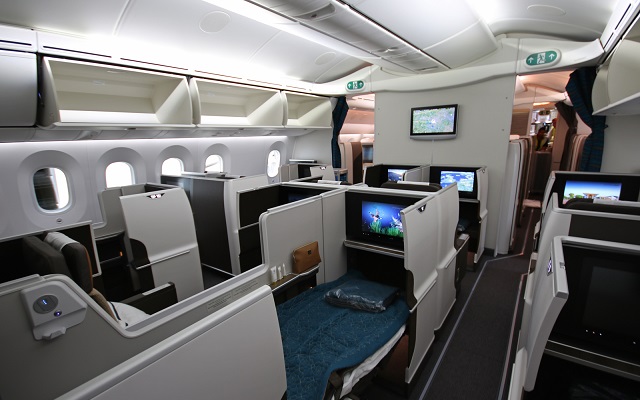 Flight Fleets Analyzer shows that MSN 39294 (registered A4O-SF) was delivered to Oman Air on 27 June, and is the second 787-9 the carrier has received from US lessor Air Lease. 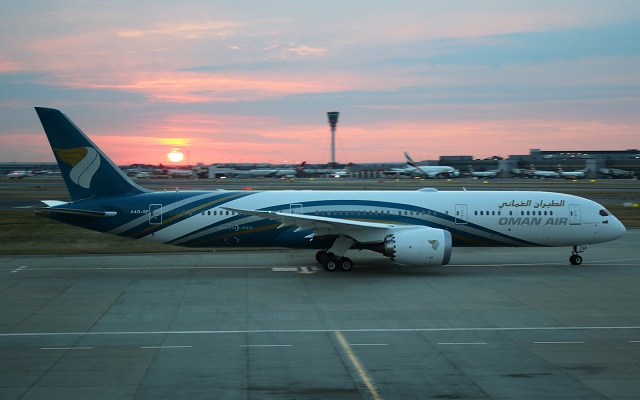 The introduction of the new aircraft marks a big change to Oman Air's UK operations. As of 1 July, the airline has switched equipment on both of its UK routes, from the Airbus A330 to the 787 in each case. Two-class 787-8s serve Manchester, while larger 787-9s are operated to Heathrow.

FlightGlobal schedule data shows that Oman Air serves Heathrow twice daily. The three-class 787-9 is used for the flight departing Muscat in the afternoon and returning from Heathrow overnight, while the morning flight is operated with a 787-9 in a two-class configuration.

Previously, both of the airlines twice-daily Heathrow services were operated with three-class A330-300s. Acting chief executive Abdulaziz Al Raisi notes that Oman Air will reintroduce first-class service on the morning flight from the beginning of the 2018-9 winter season. "In October, we are getting our second three-class 787-9, so London will be served with these two aircraft so both flights will have first class."

Al Raisi expects that the introduction of Muscat airport's new passenger terminal will enable the airline to grow. The new facility was opened on 20 March and will ultimately offer capacity for 20 million passengers per annum.

"We had a lot of difficulties with the old airport terminal," says Al Raisi. "Now, it is very easy for transit passengers." Visa application procedures for visitors to Oman have also been simplified, he adds.