Aircraft seating joint venture Adient Aerospace has significantly increased its operation with the acquisition of economy-class specialist Lift by EnCore.

Aircraft seating joint venture Adient Aerospace has significantly increased its operation with the acquisition of economy-class specialist Lift by EnCore.

Under the deal, headcount at Adient Aerospace will increase by around 40%, says chief executive Alan Wittman. The company also gains a production facility in Huntington Beach, California to add to its existing Kaiserslautern, Germany site. 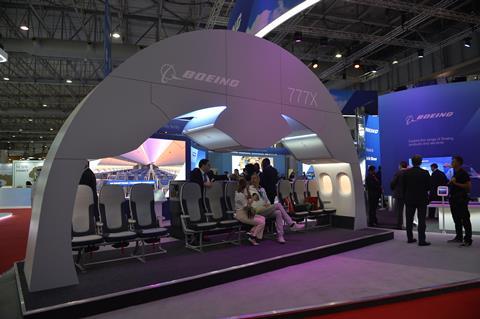 Adient Aerospace already had a relationship with Lift by EnCore, offering that company’s “tourist-class” seats as a complement to its own Ascent business-class model, for which Lift was also providing furniture.

Additionally, the purchase sees the Lift business transfer between different Boeing companies: in June this year the airframer bought EnCore Group, which owns the Lift line, rebranding it as Boeing EnCore Interiors. Adient Aerospace, meanwhile, is a joint venture between Boeing and automotive supplier Adient which became operational in October 2018.

Despite the link with the Seattle airframer, Wittman says Adient Aerospace paid a “genuine valuation” for the Lift business: “Boeing didn’t just give it to us.” However, he declines to put a specific value on the deal.

Lift by EnCore’s economy-class seat has now been rebranded as Ovation, says Wittman.

He describes the purchase as “really strategic” for the joint venture, giving Adient Aerospace its own “design, test and build” capability.

Wittman says Adient Aerospace’s backlog is for about 70 shipsets – covering Boeing single- and twin-aisle aircraft – with the Ascent seat to launch on 787-9s for Hawaiian Airlines in 2021.

“We are encouraged by the market reaction; that’s a pretty good uptake in a year,” says Wittman.

Although part-owned by Boeing, Wittman says it has also been talking with Airbus and is “going through the vetting process”, with the European manufacturer to “provide another choice for airlines”.

While declining to offer specifics on Adient Aerospace’s next product, Wittman says it is “putting a lot of effort into the single-aisle business-class market”.

That is driven by the growth of longer-range narrowbodies, he says, where people “will pay for more comfort on an eight-hour trip”.